Windsor House is a display home on Granada Ave. at Oak Knoll Rd. (formerly Cabrillo Ave.) It was built in 1929.

The house was originally sold by E. B. Field Co., and furnished by Breuner's for display.

NB: The Winsor Hotel was also known as Winsor House, and was frequently misspelled in the newspaper. 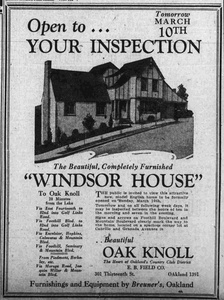 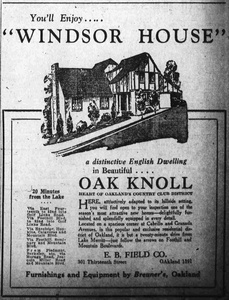