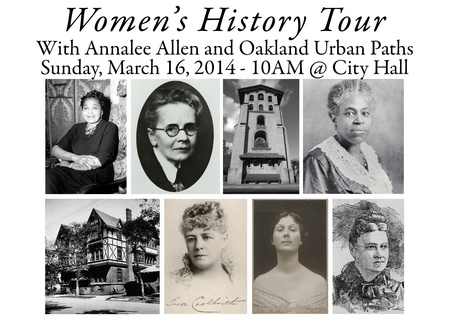 What did architect Julia Morgan, poet and writer Gertrude Stein, and librarian Ina Coolbrith have in common? They all lived in Oakland; they were prominent in the city's history; and they will be among those featured in the Women's History Tour on March 16, 2014.

The tour, led by Annalee Allen and Gene, was sponsored by Oakland Tours Program and Oakland Urban Paths.