36th annual Xicana moratorium day event will be held in San Antonio Park Sunday August 30 2015 from 5am starting with a sunrise and the festival from Noon till 5;00PM. With live performances by La Ceiba, Deuce Eclipse, Aguacero, and more. 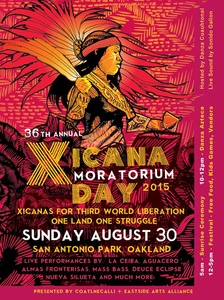 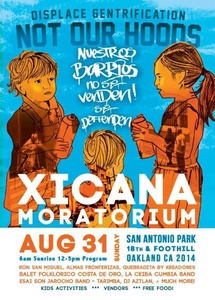 On Sunday, August 25th 2013 the annual Xicana Moratorium Day Event will be held at San Antonio Park. One of the guest speakers will be Brown Berets Co-Founder and Chicano Radical Carlos Montez. Hopefully the Chicano Xicana Moratorium will become a new Chicano tradition in Oakland. 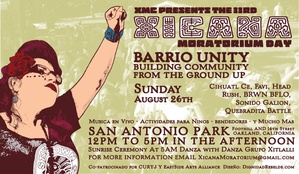 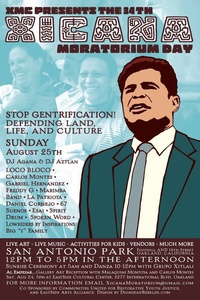