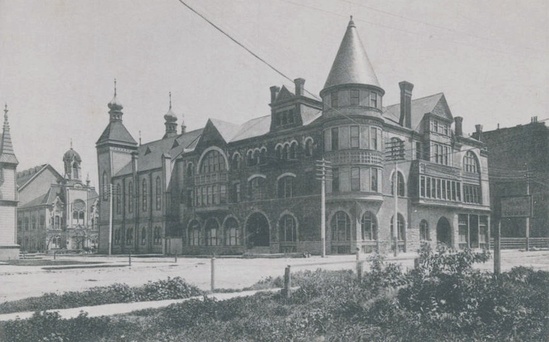 According to the 1887 Oakland Directory, the Young Men's Christian Association, which had rooms, presumably to rent, was located at 865 Broadway, Oakland.  Isaiah Bray was the General Secretary, and the organization offered noonday prayer meetings, week days from 12:00 p.m. to 12: 45 p.m.  Also conducted were young men's prayer meetings which were held on Monday evenings, from 7: 45 to 8:45 pm., with an address on Sundays at 3:00 p.m.

In about 1890, the YMCA built a business college at the northeast corner of Clay and 12th Streets, immediately adjacent to the First Hebrew Congregation's synagogue. Temple Sinai sold their building in 1895, and the American Foresters built a lodge in its place.