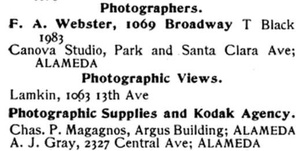 Clyde attended Washington College in Fremont c.1890. 1 He tried a number of different ventures, including a short-lived paper called the Daily Ad in 1893. 2 [ possibly his father? ]

The first reference of him as a photographer is in the 1899 directory, at 1063 - 13th Avenue. About the same time he advertised in the Overland Monthly. The 1900 census shows him living in San Francisco in a boarding house, and his profession as "photographer". But by the 1910 census, his profession was listed as "traveling salesman - tobacco" and he had returned to Oakland.

A few years later in 1912, Clyde married Lela Roberta Davis (Lamkin). 5 They had no children. Clyde and Lela are buried in Glenn County, CA, where Lela's family was from. 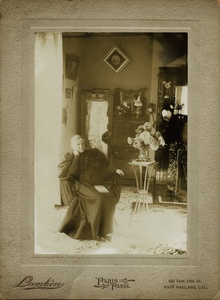 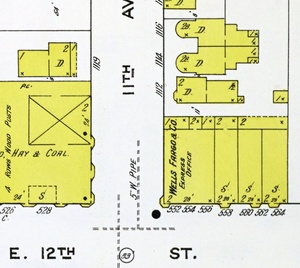