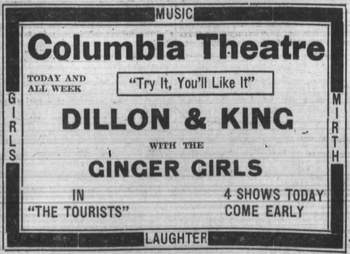 The location had previously been the temporary home of the Winedale Company while they were waiting for their new building to be constructed. 6

In late 1908 and early 1909, scam artist James M. Ferdon, aka "The Great Fer-Don" made an extended appearance, giving lectures, performing "cures," and presenting general entertainment from his band and vaudeville troupe. He had previously been "run out of Portland" then spent time in Los Angeles before coming to Oakland. 7 Before that, he had been fined $100 by the Illinois State Board of Health while manager of the traveling "Quaker Medicine Company", then fine $1,500 in Stephenson County, and left town when prosecution was started against him in another county. 8

It closed c.1923 2; ads for religious speakers in 1923 refer to it as the "Old Columbia Theatre". 4 Note that there were also two Columbia Theatres in San Francisco, one which dated back to the 1800s and another that opened in 1910. 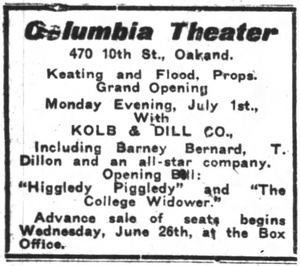 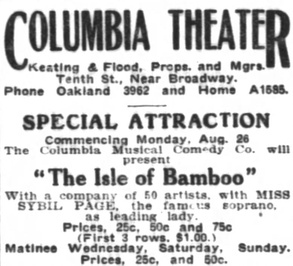 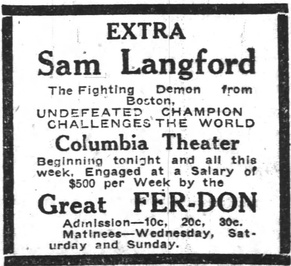 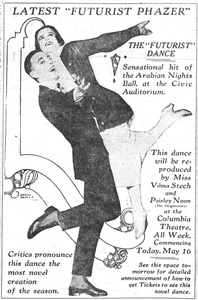 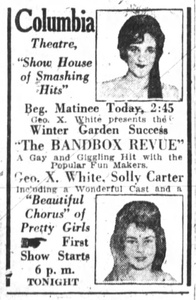 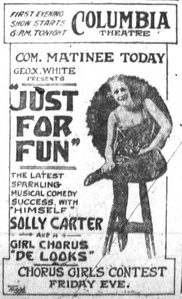 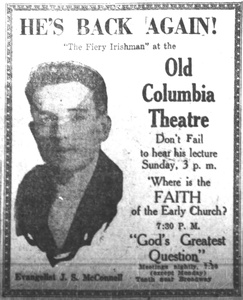