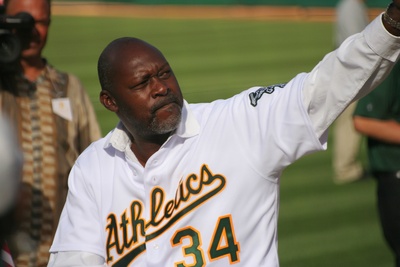 In 1986, the Oakland Athletics signed him after he was released by the Philadelphia Phillies. Stewart successfully converted to a starting role with the A's, posting a 9-5 record.

Dave Stewart, who won two of the four games in the 1989 World Series championship, was named the World Series Most Valuable Player that year.

Dave Stewart is one of the 'Black Aces' (African American pitchers that have won 20 Major League games).

In 2014, he was appointed general manager of the Arizona Diamondbacks.