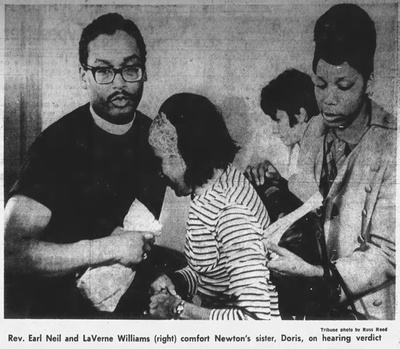 Rev. Earl Albert Neil (born December 17, 1935) is an Episcopal priest. He was the pastor of St. Augustine's Episcopal Church beginning in 1967, and served as the spiritual advisor to the Black Panther Party.

Neil was born December 17, 1935, in St. Paul, MN, to Earl W. and Katherine L. Neil. 1 After assignments in Kansas and Chicago, in 1967 he was installed as rector of St. Augustine's. He reached out to the BPP and became involved in some of their actions; St. Augustine's was the first church to support the BPP Free Breakfast for Children Program. Rev. Neil later compared the BPP free groceries program to the actions of Jesus. 5

On April 3, 1968, he became involved in a standoff. Heavily armed police demanded he give up some Panthers who were meeting in the church, and Rev. Neil refused.

Interview from KPFA about the standoff:

The next day, April 4, 1968, Dr. Martin Luther King, Jr. was assassinated. Rev. Neil held a joint memorial service for MLK and BPP member Bobby Hutton, who was gunned down by police on April 6, 1968. 1 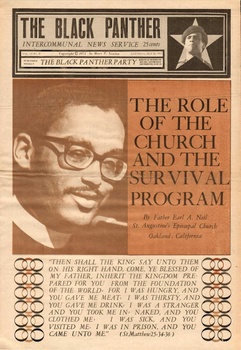 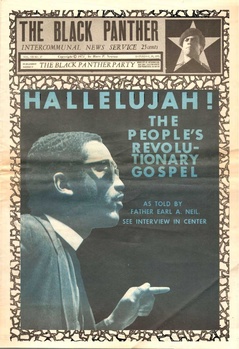 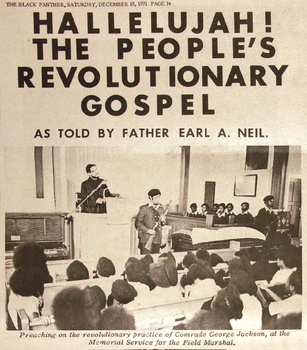 In 1971, Rev. Neil presided over the funeral of activist George Jackson; a crowd of 1,200 people gathered around the church. Speaking over loudspeakers, Neil blamed Jackson's death on "the system". 4

Neil left Oakland for New York in 1974 to take a job with the national Episcopal Church. From 1990 to 1993, he worked on the staff of Archbishop Desmond Tutu in South Africa as the country was working to end apartheid. 6