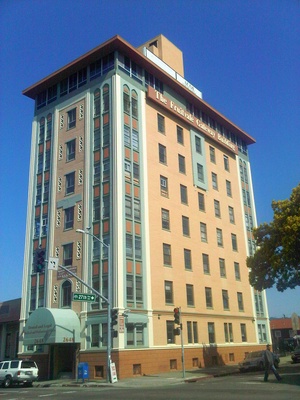 The East Oakland Hospital was a hospital at 2648 E. 14th Street (now International Blvd.). It later changed its name to Oakland Hospital. The building is now known as the Fruitvale Gateway Building.

The building was designed in 1928 by William H. Weeks as a 4-story building with the option of adding on. 3 They built 7 stories from the start, and it opened in May 1929. 15 At some point an 8th floor was added.

After construction, one of the first references to it is in the Hayward Review about the death of Mrs. Ida Batteate, 4 wife of Nicholas Joseph Batteate, in 1929.

Miss America of 1925, Fay Lanphier, gave birth to her daughter Shirley Fay Daniels at the hospital in 1933. 16

Brandon Lee, the son of Bruce Lee, was born at the hospital in 1965.

Lillian Mae Reading, mother of Oakland Mayor John H. Reading, died at the hospital in 1967 after a long illness. 10

In June 1989, the hospital closed its emergency room, laid off some employees, and began the process of shutting down. At that time, Douglas Self, formerly city manager and city attorney, was co-owner. 12 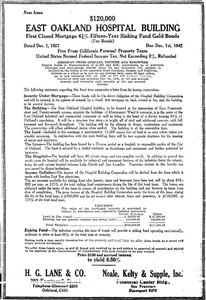 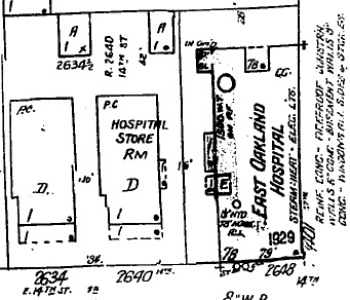 excerpt from 1951 Sanborn map (fair use) 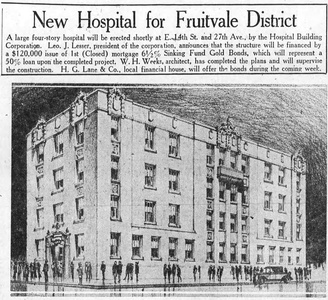 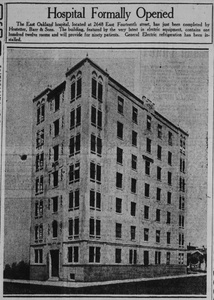