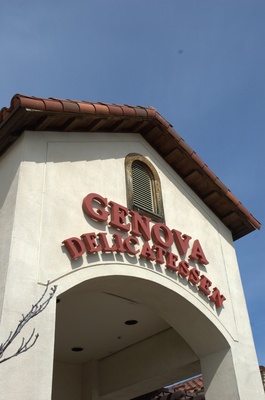 Genova Delicatessen was a deli in Temescal from when it was established by Lorenzo Balbi and Pietro Pira in 1926 until it closed in 2016. Balbi was originally from the small port city of Genoa in Luguria, a region located in Northern Italy. His partner Pietro Pira was a native of Piemontese.

Lorenzo Balbi named the deli for his hometown of Genoa, where he had worked as an apprentice in a delicatessen.

Dominic DeVincenzi, who had been coming to shop with his father at the deli since he was a small boy, married Lorenzo Balbi's niece. Working along side his uncle-in-law, in 1951 DeVincenzi took over the business. At first he was in partnership with one of his brothers, then eventually became the sole owner.

Although the Genova deli in Oakland owns the store in Napa, the Walnut Creek location was split off with the dissolution of the two brothers' partnership.

The first location, on the corner of 51st Street and Telegraph Avenue, was the former site of a train barn that stored street cars. Following the 1989 Loma Prieta earthquake, the old building was found to be structurally unsound. As retrofitting would have been extremely expensive, DeVincenzi decided to build a spacious new store located in the Walgreen's Plaza. Divided into two areas, one section is home to the coffee bar, lunch buffet, sweets and wine, while the other larger section is devoted to the deli and cheese department.

A popular spot for sandwiches at lunchtime, Genova was known for their tortellini, ravioli, gnocchi and pasta sauces which were all made at their production facility located nearby on Broadway.

DeVincenzi says the hand-lettered sign on the wall translates from Italian to "If you want a discount, let me know first to give me time to raise the prices." 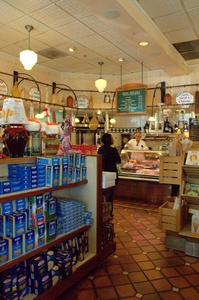 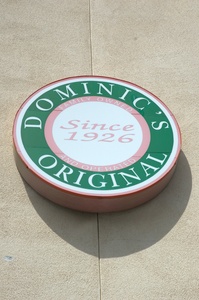 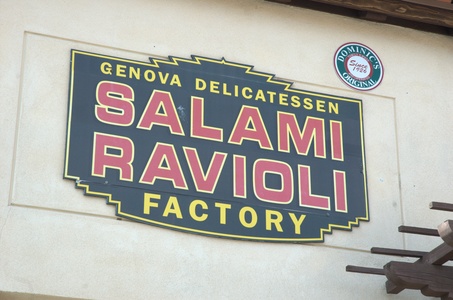