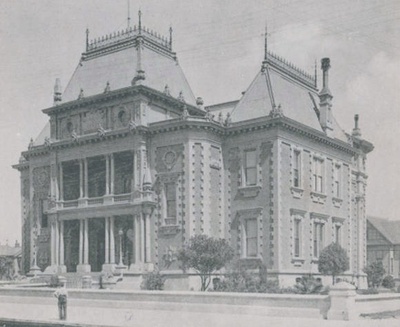 The Hall of Records for the City of Oakland, California was located on the east side of Broadway between Fourth and Fifth Streets in 1892.  In 1887 the following individuals worked in the Hall of Records:

The south wing of the building was added in 1900 and the north wing in 1916.  It was remodeled again in 1945 when the welfare and school departments took over the building.2  In 1957 a structural engineers report determined that nothing more could be added without the building collapsing.

The building was demolished in 1964. 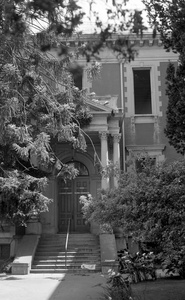 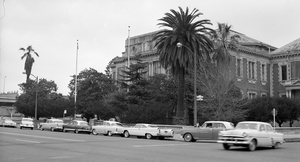 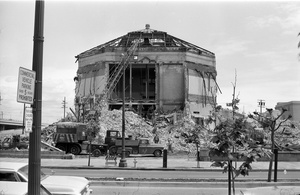