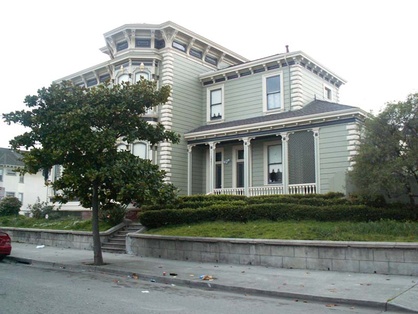 The Holland-Canning House was once the home of Mary Canning and her husband James Canning, both of whom made fortunes in San Francisco and Oakland, California real estate investments.

[Question for NAParish and/or Gene:  During the 1910's and 1920's there are real estate ads in the Oakland Tribune of properties for sale by John P. Holland, Realtor, whose office was located at "S.E. Cor. 14th and Webster, Oak."  Was this the same Holland who lived in the Holland-Canning House?]

[My guess is that this is named after Arthur P. Holland, the same person for whom the Holland Building is named.  I don't know that for sure -- but Betty Marvin would know, since she wrote the history of this house that led to its landmark designation.  BTW -- check out this link for more info on Mary Canning. -- NAParish] 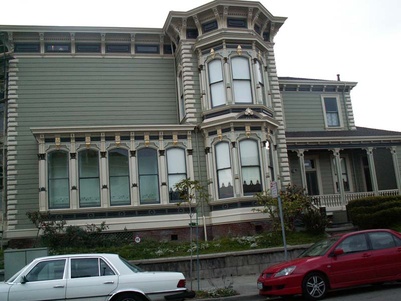 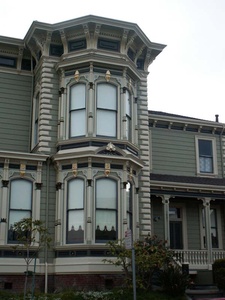 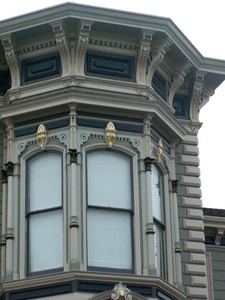