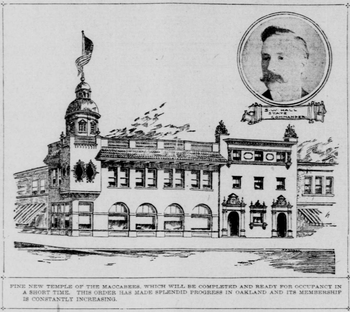 The Maccabee Temple was built for the Knights of the Maccabees fraternal organization at 11th and Clay. While many features have been lost or covered, the building is still there.

The building was designed in a Spanish-revival style by Cunningham and Politeo of San Francisco, and constructed by R. H. Russell of Oakland. The building was completed in 1901, 2 although the County's records mistakenly state that it was built in 1912. It was designed to have stores on the ground level and the meeting hall on the upper level. 3 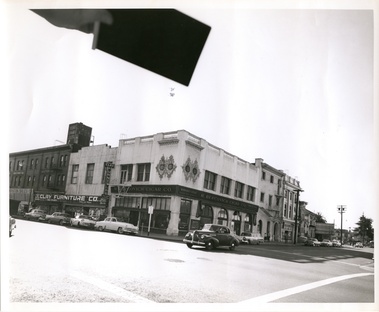 South side of 11th Street between Clay and Jefferson Streets, March 1958 4 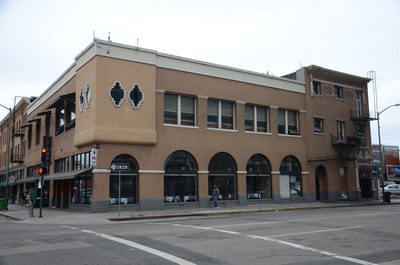 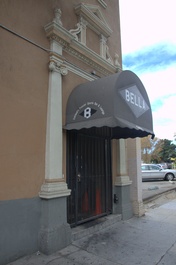 In 2015, the ground floor is home to several restaurants, and the upper level is a night club. The tower and some of the Spanish revival details are gone, but the right-hand portion of the building has many of the details still intact. According to an Old Oakland neighbor, the unusual windows below the former tower were re-discovered in the last 10 years or so when a facade was removed.