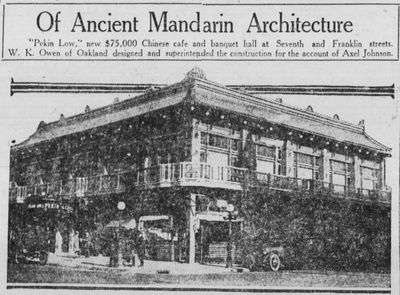 Pekin Low (or Pekin Low Cafe) was a Chinese restaurant at the corner of Franklin and 7th Streets, opening in 1924. The building still stands, and is probably best remembered as the home of the Legendary Palace restaurant.

When General Tsai (or Ts'ai T'ing-k'ai or Cai Tingkai), the "hero of the battle of Shanghai" in 1932 visited Oakland in 1934, a parade was held. Banquets were held in his honor at See Hoy Low and Pekin Low. Louie On was the proprietor. 5 The general also attended services at the Chinese Presbyterian Church of Oakland. 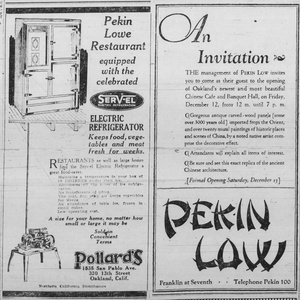 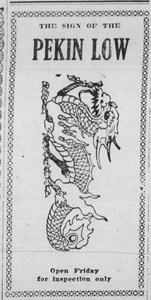 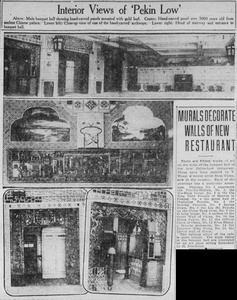 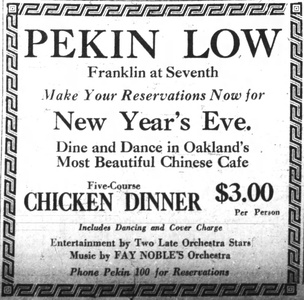 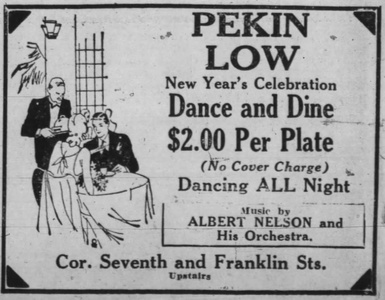 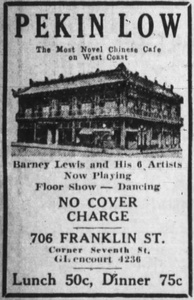 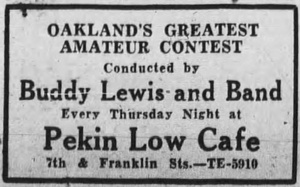