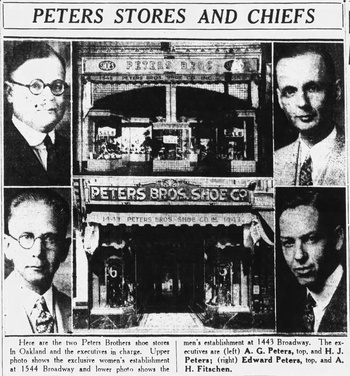 The first location was at 412 - 12th St., next to the Pantages Theatre. 1 The initial store was 12' by 12', and Albert worked at the Owl Drug Company, and would stop by and relieve Henry for his lunch break. They quickly outgrew that space, and in 1915 moved to 12th and Washington. 2 In 1923, they opened a separate location for women's shoes at 1544 Broadway. 3

The business was also known for a distinctive advertising technique: a car shaped like a shoe. It was around at least 1920 to 1925 and often parked on 12th St., but a 1942 article says the police department finally asked the brothers to keep the car out of sight because it was a distraction to drivers. 5 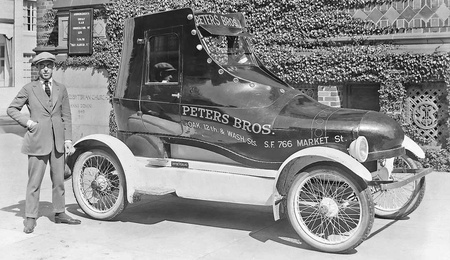 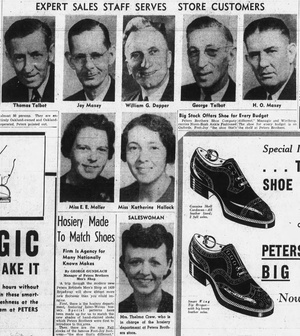 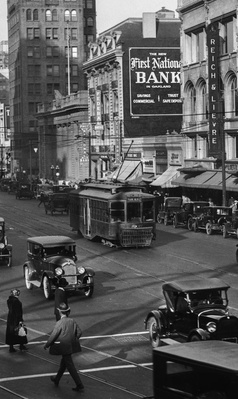