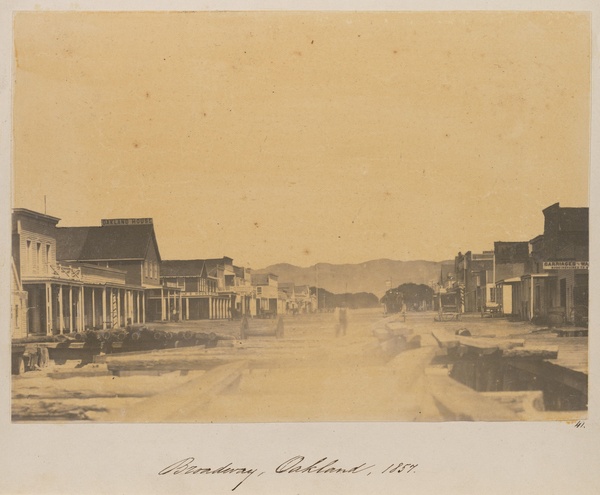 This 1857 photo by George Robinson (G.R.) Fardon is the oldest known photograph of Oakland. It is looking north on Broadway from near the estuary.

The photo was part of an album sold by a De Fremery descendant to the Beinecke Rare Book and Manuscript Library at Yale University.

Oakland's first hotel, Oakland House, can be seen on the left. Also note the numerous trees beyond the buildings, and the lack of trees in the hills.