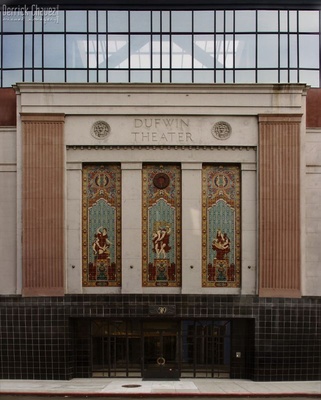 The Roxie Theater at 517 - 17th Street was originally opened as the Dufwin Theater on October 14, 1928 (or October 8th?) for live performances, but was later renamed the Roxie where movies were shown.

Theater producer Henry Duffy and his wife actress Dale Winter combined their surnames to create the "Dufwin" Theater. They ran a theatre troupe, The Henry Duffy Players. Henry Duffy owned eight theaters but lost his money during the Depression. The theater was closed then later reopened as the Roxie Theater.

According to Theatres of Oakland the Roxie sat 1,075 people, and was designed by Weeks and Day who also designed the Fox Oakland Theatre and the I. Magnin Building.

The Roxie Theater closed sometime in the early 1980s and converted into office space in 1983. 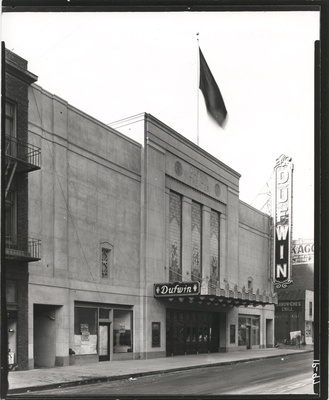 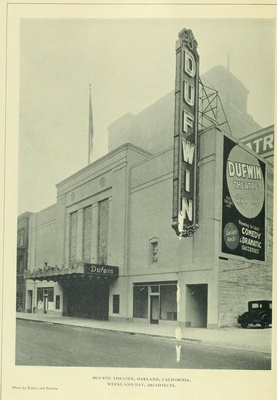 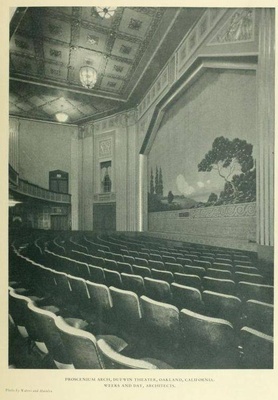 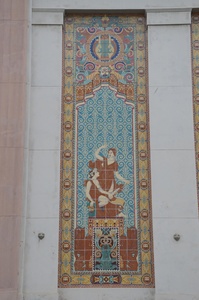