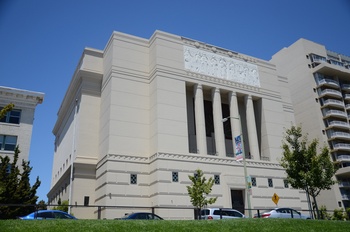 The Scottish Rite Center is a building overlooking Lake Merritt owned by the Oakland Scottish Rite. The front façade of the building is covered with strange artwork and symbols peculiar to the Scottish Rite. Similar artwork is found throughout the building. Though built for fraternal purposes, the building is routinely rented out to the general public for special events, such as concerts, weddings, banquets, high school graduations and business conferences. The second floor is home to the Childhood Language Center (entered from the parking lot in back), a non-profit speech clinic for children. The building also has a 100 kW solar panel array on the roof, making it the largest solar power plant in the city. Sometimes there is a kiosk running in the first floor lobby displaying how much electricity the array is pumping back into the grid but the kiosk isn't always working.

The building has seen better days, but the building's old-fashioned grandeur is still apparent. The most notable rooms in the building are the ballroom on the first floor and the auditorium on the fourth. The ballroom seats 800 people for a banquet and has a small stage. The auditorium was designed for presenting the ceremonies of the Scottish Rite in grand form. It seats 1,400 people and has a full sized stage with hundreds of backdrops and a pipe organ. The ladies' powder room on the first floor is also remarkable, leaving you with the feeling that you've suddenly become a dainty woman from the 1950s. There are also some smaller rooms on the third floor for banquets and receptions as well as a small video theater/conference room on the fourth.

There is a members lounge and library on the third floor that isn't generally open to the public. Among the more interesting items in the library's collection is a Grand Cross cap that belonged to Gerald Ford.

The building has an in-house caterer, Chef Moe's Bon Appetit Catering, based out of the second floor.

The building is undergoing a $1.2 million renovation "to return the lodge to its former glory," 1 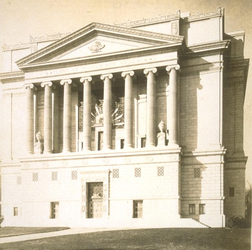 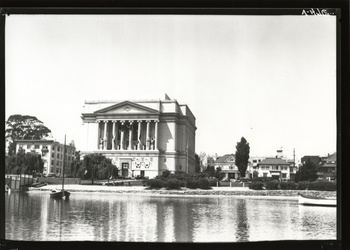 The original building was designed by Carl Werner. Construction began on the Scottish Rite Center in Oakland on August 30, 1926, and by March 1927 all the steel framework was completed. The concrete was poured and the facing applied by May 14, 1927, and on June 11, 1927 the cornerstone was laid.

The salt air from nearby Lake Merritt caused a rapid deterioration, in 1939 the building underwent a major remodeling. William Corlett oversaw the repairs and changes. 2 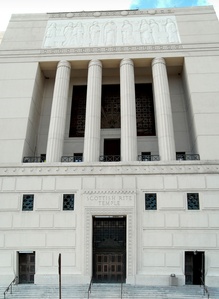 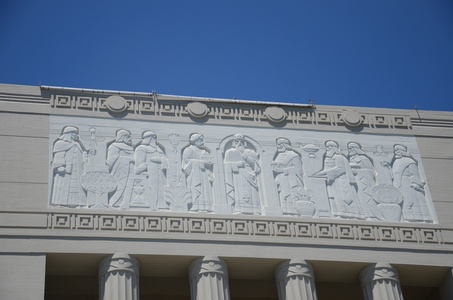