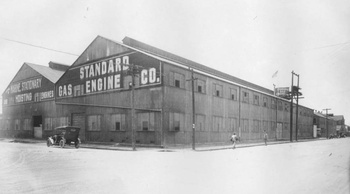 The Oakland Public Library caption on the above photo states "The Standard Gas Engine Company recently absorbed the Corliss Gas Engine Company of San Francisco and moved all its machinery to the Oakland plant, which has doubled in size and capacity during the last year. Employs 300 men."

[ Found a 1919 reference saying that the company was at Dennison and King Streets. The current buildings in the vicinity don't appear to match the 1917 pic. The entire article is worth looking at. 5-11-19 Trib.pdf ]

There is a mention in March 1917 that the company was erecting a 1-1/2 story building in Oakland, measuring 55' x 82' to be used as a brass foundry, complete with all brass foundry equipment. 2

On July 25, 1917 Peter Mohrdieck of Oakland, assignor to the Standard Gas Engine Company, filed a patient Serial No. 182,768 for an Internal-Combustion Engine. 3 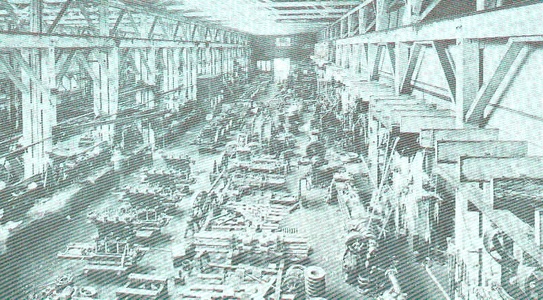 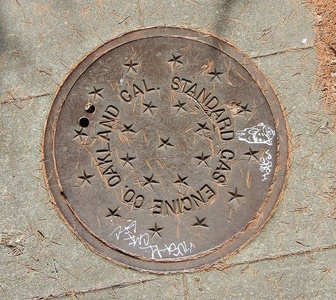 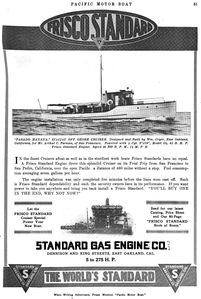