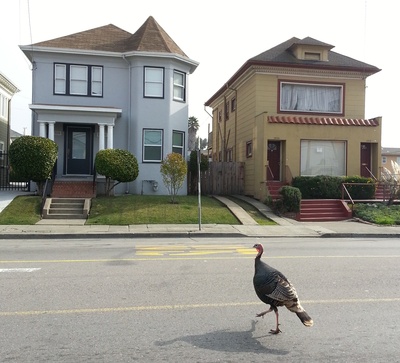 Sir Jive Turkey, casually crossing Market Street at Apgar in the middle of the day (February 2013). photo by jarios

Turkeys are part of Oakland wildlife.

They may be tasty to some, but these creatures are wild. They can be about 4 feet tall, and are not necessarily friendly. Referring to a North Oakland turkey dubbed Sir Jive Turkey, a Longfellow resident recalls that "legend has it he/she shredded someone's pit bull". Keep small pets and humans at a safe distance. The aggressiveness of Gerald the Turkey had the Morcom Rose Garden closed down for a while. 3

According to twitterer daviddebolt, if one calls the OPD about turkeys, they will not help you: "We don't pick up the turkeys, they are free to roam." [source] (this is true, not just twitter hearsay!)

Are turkeys bothering you? See What to Do About Wild Turkeys from the Humane Society.

It is not a good idea to relocate wildlife, and even though they're in Oakland, turkeys are wildlife. Let the turkey be—they will do their thing. 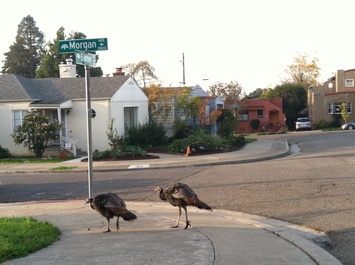 Two out of a group of six turkeys at Morgan & Barner, observed on Thanksgiving morning 2014. 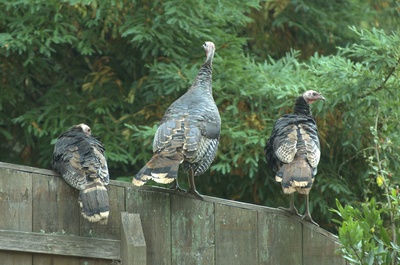 turkeys in Montclair
photo CC-A from Our Oakland 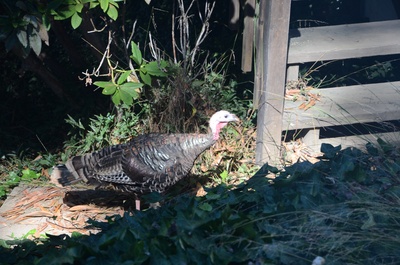 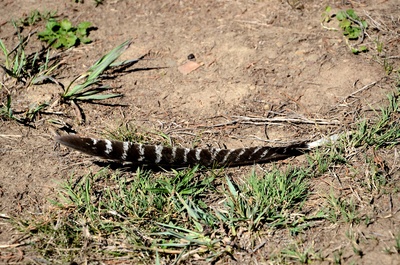 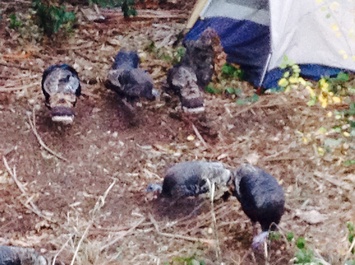 Turkeys in Fruitvale 11-6-13 photo by Yudron 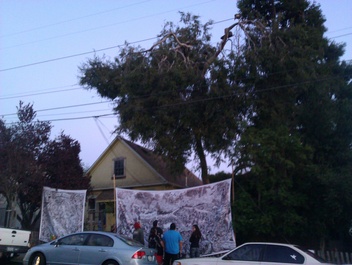 Six turkeys 40 feet up in a tree on 36th Ave near Foothill Blvd in Fruitvale. (uncredited) 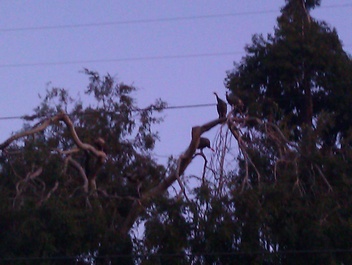 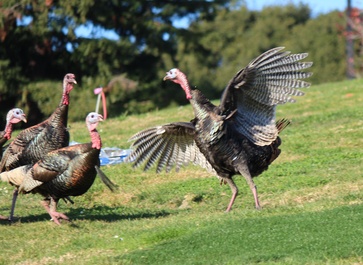 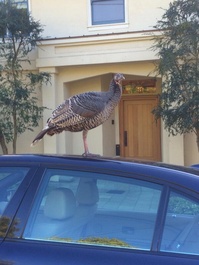 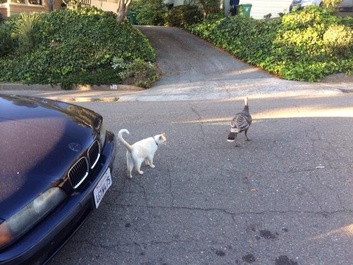 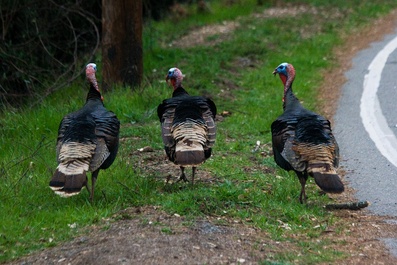 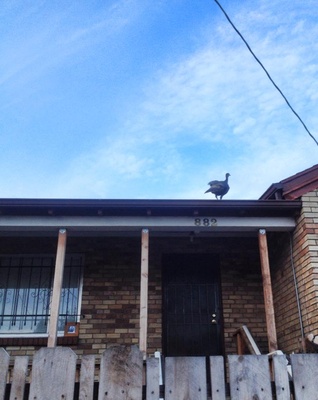 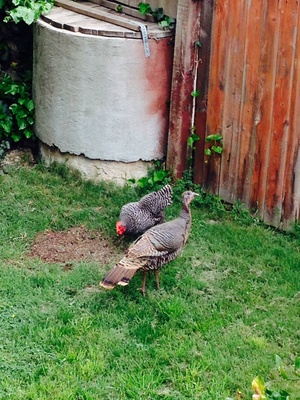 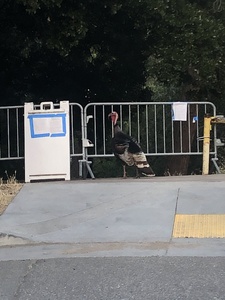 Gerald reads a sign at the Morcom Rose Garden

Besides the sightings listed below, there have been reports of turkeys in the Morcom Rose Garden, near Jack London Square, near Montera Middle School, near Dunsmuir House, and upper Broadway in Rockridge.

The Californian turkey, Meleagris californica, is an extinct species of turkey indigenous to the Pleistocene and early Holocene of California. It became extinct about 10,000 years ago. 1

Meleagris californica went extinct in California about 10,000 years ago because of climate change. So why do we have wild turkeys now?

The present Californian wild turkey population derives from wild birds re-introduced during the 1960s and 70s from other areas by game officials. They proliferated after 2000 to become an everyday sight in the East Bay Area by 2015. 1

For cross-LocalWiki-solidarity check out turkeys on Davis Wiki :)