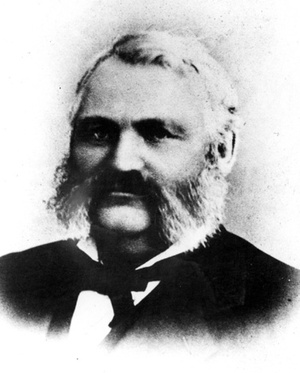 Walter Blair (April 2, 1830–January 17, 1888) was a dairy farmer, capitalist, founder of Blair's Park, and once owned a large piece of what is now the city of Piedmont.

The 1870 census lists Walter and Phebe as living in Oakland; in 1877 they were living at The Centennial on Fourteenth Street in Oakland. They were members of the First Unitarian Church of Oakland.

Mabel married Henry P. Squire of Oakland in 1893. The 1900 census lists her as married, but living with her sister Florence in Piedmont; in 1910 Phebe was living in Berkeley with Henry and Mabel, while Florence still lived in Piedmont, near the corner of Vernal (now Highland) Avenue and Blair Avenue.

Blair started as a dairy farmer, but seems to have quickly found real estate and other interests to be profitable. He built the Piedmont Springs Hotel (1871), founded Blair's Park (1884) and opened the Dracena Quarry to sell the rock to the burgeoning city of Oakland and nearby Mountain View Cemetery. He also was president of the Oakland Piedmont Railroad Company / Broadway and Piedmont Railroad [ see 1887 directory ] which transported people up to Blair's Park near what is now Highland Avenue in Piedmont.

In 1874 he was a director of the Oakland Bank of Savings. He was a shareholder in the Wentworth Boot and Shoe Company (c.1883-1887). But the 1887 directory still lists him as the proprietor of Blair's Dairy at Peralta and Montecito in Piedmont, as well as railroad president.

Walter died January 17, 1888, only 57 years old. He is buried in Mountain View Cemetery in plot 28. Blair Avenue in Piedmont was named for him. 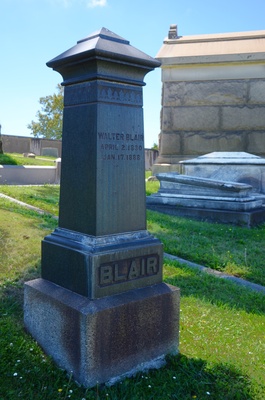 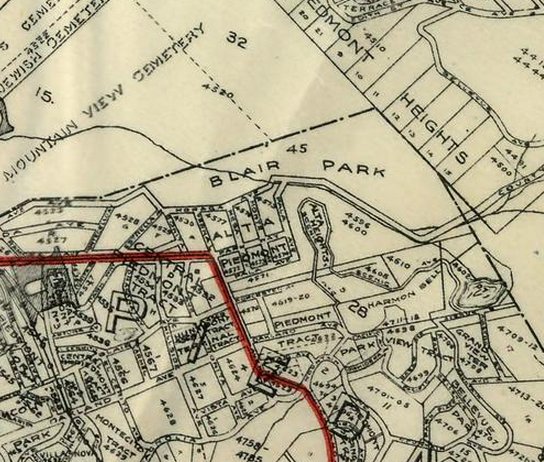