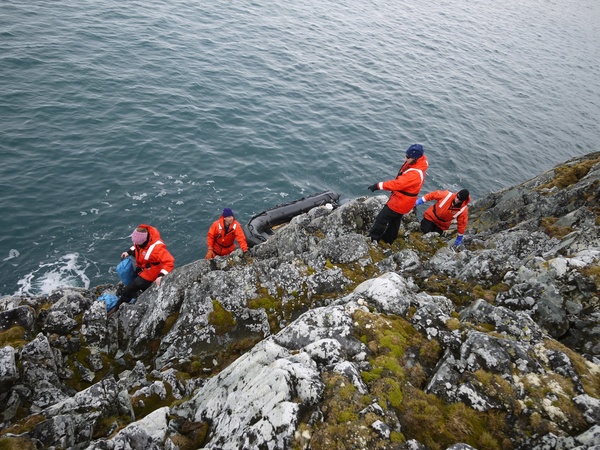 Breaker Island rises steeply out of the water for most of its circumference, and got its name for the waves that break around its cliff faces whenever the sea gets rough. The landing site has deep water but no shelter from incoming seas. You must climb a 25-30 foot cliff immediately after disembarking to reach the island's horizontal "table top."  Access is tricky or impossible during rough seas or when ice coats the rocks along the climbing route. Nevertheless, the island's spectacular variety of rocks and small plants make it a popular hiking site in the summer months.

The Falkland Islands Dependency Survey (an early instance of the British Antarctic Survey) officially named the island in 1995. However, none of the naval explorations from any nation left mooring chains or other debris cemented into the rocks as they commonly did before the Protocol on Environmental Protection was adopted in 1991. The unwelcoming terrain undoubtedly protected it from what we now consider pollution. 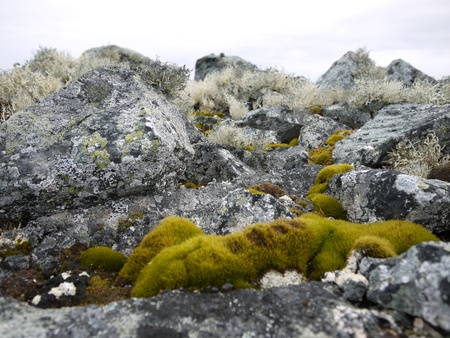 Because of the relative lack of wildlife, Breaker remains Unrestricted by the Palmer ASMA even during the height of the breeding season for local sea birds. A few giant petrels and the occasional tern do nest on the island; however, the real biological attraction of Breaker comes from the great variety of Antarctic lichen and mosses that grow amongst the rocks and along with small pools of fresh water that accumulate in the cracks of boulders. Most species of our local flora grow on this island with the notable exception of the vascular grass.

The rocks are very strange on this island... 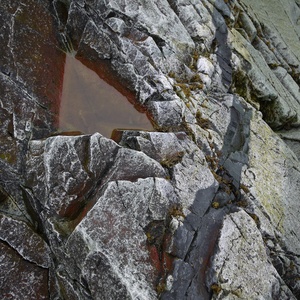 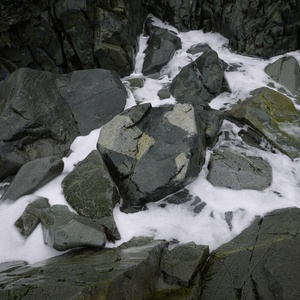