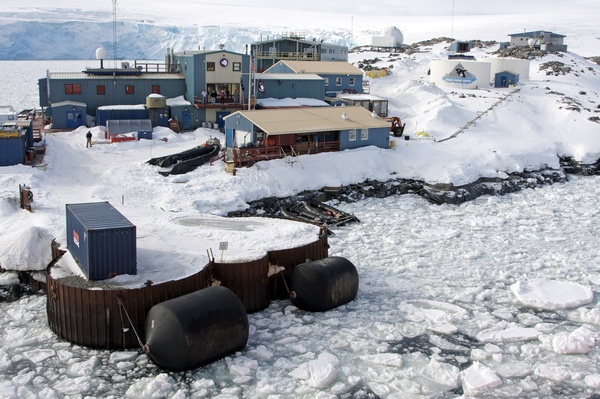 Palmer Station, seen off the deck of the ARSV Laurence M. Gould in early spring.

Palmer Station is a scientific research station located on Anvers Island off the western coast of the Antarctic Peninsula, operated by the US Antarctic Program. The current station opened in 1968 to replace a smaller, temporary station built on Norsel Point on the other side of Arthur Harbor.

The operating area around Palmer Station includes several prominent islands, each classified under the Protocol on Environmental Protection to the Antarctic Treaty (Madrid Protocol). Examples include the minimally regulated Torgersen Island and the highly restricted Litchfield Island.