Cartopia is the name used to refer to the food cart pod at Southeast 12th and Hawthorne.

Cartopia on an evening in June 2010. Photo by Don Park, CC-BY-NC-SA

In May of 2014, it was announced that developer Vic Remmers had a contract to develop the site into a four-story apartment building. 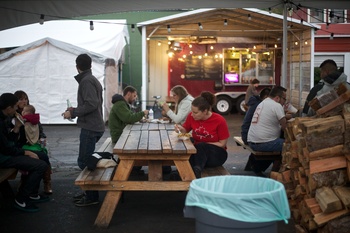 Folks eating under the tent. Photo by Christopher Cotrell, CC-BY-NC-SA. 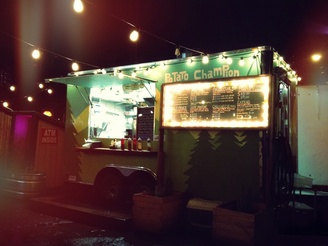 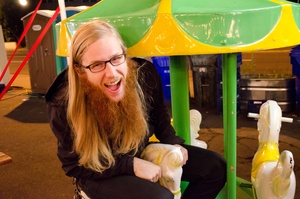