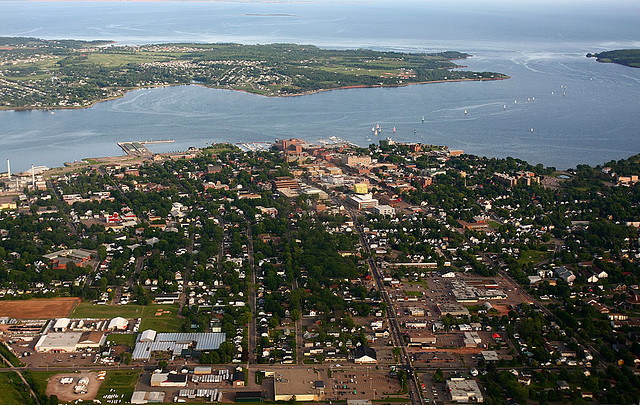 Named after Queen Charlotte, the wife of George III, Charlottetown was first incorporated as a town in 1855 and designated as a city in 1885. It was most famously the site of the Charlottetown Conference in 1864, the first gathering of Canadian statesmen to debate the proposed Canadian Confederation. From this, the city adopted as its motto "Cunabula Foederis" — "Birthplace of Confederation".

It's a city. Has a bunch of nice people in it.

Charlottetown (2006 population: 58,625) is a Canadian city. It is both the largest city on and the provincial capital of Prince Edward Island, and the county seat of Queens County.