The Melrose District is a neighborhood located in north central Phoenix along 7th Avenue, roughly sandwiched between south Camelback Avenue and Indian School Road, though those boundaries are not hard lines.

The Melrose District gets its name from the historic neighborhood it passes through called Woodlea Melrose. Thomas Mackenzie, a real estate developer, purchased 47 acres of land for $20,000. He named the area “Woodlea” due to the many trees. In the 1940s, Andy Womack built houses, calling the subdivision Melrose Manor. Most of the homes in the neighborhood were built 1929-1949. In 1988, the neighborhoods officially combined and, with the City’s approval, became known as Woodlea Melrose.

Since 2004 the neighborhood has held The Melrose Street Fair, organized by the Seventh Avenue Merchants Association3, boasts a variety of vendors, food trucks, a car show. The different businesses along 7th Avenue participate in the event by opening their doors to encourage patrons to browse, eat, and drink.

Woodlea Melrose was designated as a Historic District in June 2011.1

According to Phoenix Pride, "the Melrose area is usually the starting point for LGBTQ+ tourists and locals."

Affectionately nicked “the gayborhood” or the “fruit loop”, it is known for its abundance LGBTQ+ friendly bars, restaurants, shops. Rainbows adorn many of the businesses, including on a church, coffee shop, and a pet store2.

The local Denny’s is lovingly known as “Jenny’s” or “gay Denny’s.” It adopted this name due to it becoming the meet-up spot after 2 AM. When being publicly out was still very taboo, gay Denny’s was a safe space for queer people outside of bars. It continues to be a late-night refuge, particularly on weekends, after the neighboring gay bars let out as well as for those under 21.4

Boycott Bar, the last lesbian bar in Arizona, was featured in The Lesbian Bar Project, a 2021 documentary focused on saving the last 21 remaining lesbian bars in the United States.

Other LGBTQ+  bars located in Melrose include: Charlie's Phoenix,Pat O's Bunkhouse, The Rock Phoenix, andStacy's at Melrose. For a full list of LGBTQ+ bars in Phoenix and surrounding areas, visit OUTvoices Magazine. 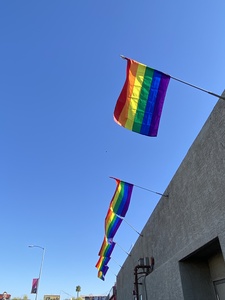 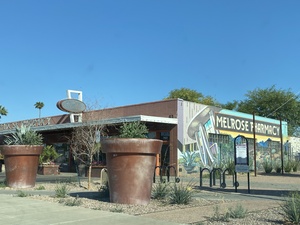 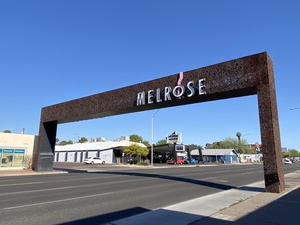 
Rainbow Crosswalk
Crosswalk at 7th Ave and Glenrosa – paid for with private donations to Phoenix Pride and approved by the City of Phoenix, completed in July 2018.6 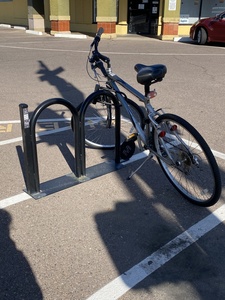