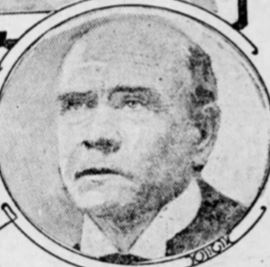 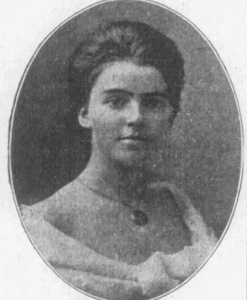 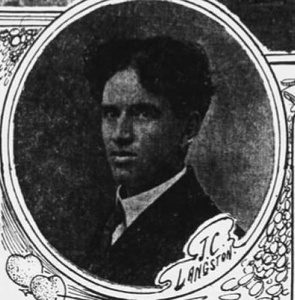 Arthur W. Shirey (b. May 13, 1835) was murdered at his store in Minturn, Arkansas on March 8, 1910. As one article said, “…never in the history of Arkansas was there a murder committed which presented so baffling a mystery and so many phases of tragedy, romance and weirdness…”[1] Several notable men from Powhatan were involved in the case.

Arthur Shirey opened a grocery store before the Civil War with less than one hundred dollars to his name. He accumulated his wealth slowly, through frugal industry and sound real estate investments.[2] He was considered an eccentric and the people dubbed him “Old Man Shirey.” His personal life was tumultuous. He “married early,” but contemporary sources do not identify his first wife. She divorced him, winning $6000.[3] In 1895 he married Maggie W. Shirey (maiden name unknown) but they divorced in 1900. Mr. Shirey (worth $50,000 by this time) charged her with adultery and she charged him with cruelty. The case was heard in Batesville by Judge Fulkerson. He ruled that Mr. Shirey’s claim was unproven and ruled in favor Mrs. Shirey, awarding her an annual alimony of $480 plus $3000 she was due from pre-nuptial agreement.[4] In 1904, Shirey (now worth $100,000) married again, this time a 17-year-old girl named Fair Belle Hill who sued him for $10,000 for a “breach of promise,” a suit that was quickly withdrawn once they were married.[5] Their relationship was not a happy one.

Around this time, a young man named James Langston came to Minturn and took a job as a telegraph operator. When Fairbelle Shirey decided to divorce her husband, he declared that he would marry her. The Arkansas Supreme Court ruled against the Shireys saying that, as neither had a good claim for divorce, they could only be separated. Langston was then charged with robbing $200 from the Iron Mountain Railroad’s local telegraph office, but was acquitted. Soon after, he left for South Dakota to take possession of some land that was granted to him by the government for military service in the Philippines.  Mrs. Shirey left for Ravenden Springs.[6]

On the night of March 7, a stranger arrived by train in Hoxie wearing a wide-brimmed hat and a revolver in his luggage. After checking into a hotel under the name "J.D. Leroy," he rented a horse from the nearby livery stable, telling the stable boy, Rufus Simmons, he was going to visit “The Promised Land,” a section of swampland west of town. Several witnesses reported seeing a man riding a gray mare towards Minturn. Mr. Shirey was in his store with his clerk, Levy Hutton, and a customer, Meredith Merritt. As a freight train was passing by, less than 100 yards away, Shirey was shot  through an open window and fell dead, “the top of his head literally blown off by buckshot.”[7] They rushed outside, but saw no one. A search revealed several clues: a whiskey flask thirty feet from the storefront with a label from Kansas City (Lawrence County was dry at the time), footprints leading to the woods outside of town, a shotgun and several discarded shells near a tree. About an hour later, the gray mare was returned to the stable at Hoxie. Simmons noticed that the horse didn’t have any mud on her shoes, but before he could act, the stranger checked out of the hotel and boarded a train headed north.

Shirey was buried at Minturn Cemetery the next day.  The murder itself was sensational enough, but equally exciting was the battle over his estate. Shirey’s last will and testament left the bulk of his fortune, worth between $150,000-$200,000, to the Independent Order of Odd Fellows, a fraternal organization. Louis Josephs, superintendent of the Minturn Grand Lodge, was named sole executor. As to his surviving kin, the will bequeathed them “one cent and no more.”[8]

George Thornburgh revealed that this was the second will Shirey had made, and that he himself had been hired to drawn up the document twenty-five years prior:

“Shirey was a peculiar and remarkable man. He was unpopular in his neighborhood and no one understood his eccentric ways…He left his entire fortune, with the exception of $5 to each of his relatives, to a couple of woman in Cincinnati. He never told me anything…I learned afterward that they were not his relatives but were members of some religious sect. He later destroyed the will...He was very singular and uncommunicative. I did not learn the cause of his distrust of his relatives.”[9]

To further complicate matters, Shirey instructed the Odd Fellows to build a sanatorium in Hot Springs, but one that would not use medicine to treat its patients. Rather, the chief surgeon: “…shall be acquainted with and approve the following methods of treating diseases: Christian Science…Yogi…and Hindoo [sic] Oriental philosophy…electric treatment…hypnotism…and the hydrophy [sic] cure, mealite [sic] form of baths…”[10] The will also said that Shirey would return to earth to see how thoroughly his wishes were being carried out.

The Odd Fellows later announced that the value of the estate had been overestimated, and they would not have enough to build the sanatorium. They eventually reached a compromise with Shirey’s widow and surviving kin: the Lodge would get 40%, Mrs. Shirey (who had already remarried and was now Mrs. Burket) would get 40%, and the remaining heirs would get 20%.[11] In addition to money, 400 acres of land outside Walnut Ridge called Robbins Farm, was to be divided.[12] Shirey’s niece, Mai Bryant, was awarded $10,000 against the estate by the chancery court in Walnut Ridge.[13][14]

A $2500 reward was offered for the murderer’s capture.[15] While the estate was being assessed and distributed, John P. Paul, grand secretary of the state order of Odd Fellows and retired police chief from Indiana, took charge of the case. He contacted the Pinkerton Detective Agency's branch in St. Louis for help. The man they sent was Herbert Mosher, the assistant superintendent. Mosher spent the next few weeks chasing dozens of rumors and leads in Hoxie before finally turning his attention to Langston. He found him on his farm in South Dakota, who denied killing Shirey. Shortly after Mosher left for Arkansas, Langston hired a local man to help him build fences around his house. Langston sent him to post several letters which were addressed to Mrs. Shirey, but the man posted them to Mosher instead. It is not revealed if this man was another Pinkerton agent working the case or merely a paid informer. The letters, some written before and after the murder, declared Langston’s undying love for Mrs. Shirey and urged her to marry him. Thus, Langston became the prime suspect. Mr. Paul, Mr. Mosher, and Sheriff W.K. Surridge went to Little Rock to ask Governor Donaghey for a requisition order to extradite Langston.  Owing to various complications, it took ten days to apprehend him.[16] He was kept in the state penitentiary, with limited freedoms, until the trial began.[17]

As more evidence surfaced, prosecutors came to believe that Langston might not have acted alone.  On July 29, Jesse Hill, Mrs. Shirey’s brother, was indicted for allegedly purchasing the murder weapon. Hill fainted when the charge was announced.[18] Then, on August 17, Mrs. Shirey’s divorce lawyers—William Pittman Smith and William T. Blackford—were indicted with accessory to murder. According to the charge, Smith and Blackford believed Mr. Shirey would somehow succeed in divorcing his wife, despite prior court rulings. She would have been cut out of the will, which meant the lawyers wouldn’t be paid, as she had no money of her own. It was alleged that Smith and Blackford induced Langston to murder Shirey as part of some arrangement.[19]

The prosecution built their case on two things: 1) That Langston had motive to kill Shirey because of his love for Fair Belle. 2) That Langston was the mysterious horseman who was seen going to and from Minturn. They were not able to produce a witness who could positively swear that Langston was the horseman. In fact, one witness perjured himself in the preliminary examination.[21] None of the other witnesses could swear they had seen Langston in Minturn the day of the murder, whereas the defense had twenty-seven witnesses who swore he was in South Dakota.[22]

The trial was supposed to end on October 13, but the closing speeches of both sides (including Poindexter, who spoke for two and a half hours) lasted well into the night, forcing Coffin to adjourn court until the next day. On October 14, after three hours of deliberation, the jury returned a verdict of not guilty.[23] Despite the prosecution’s insistence that their witnesses were credible, and despite having evidence of some suspicious activity, it was all circumstantial. Over 120 people were examined in the course of the trial.[24] All media coverage of the murder seems to halt after this episode. It seems likely the charges against Smith, Blackford, and Hill were dropped.

[6] “Shirey Murder Mystery and the Case Against Langston.”

[14] According to her testimony, Shirey was a spiritualist who paid a fortune-teller named Madame Rupert to perform several readings on him. Somehow, she got a hold of several letters that would have been very bad for Shirey if revealed. He offered to pay Bryant $10,000 if she retrieved them. The nature of the letters is unknown. The court ruled that she was owed the money for services rendered by contractual agreement. The full details of this case can be found in “Josephs v. Bryant,” The American and English Annotated Cases. Vol. 43. 1916.  P.741-747