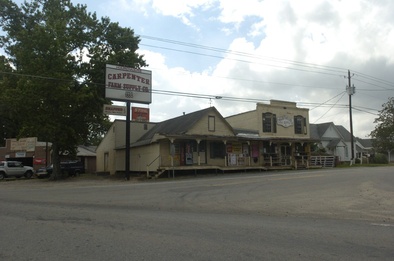 Carpenter Farm Supply in 2006 (photo by Brent Miller, courtesy of the Friends of the Page-Walker Hotel)

The Carpenter Farm Supply Company is the focal point of the Carpenter community crossroads . Built by William Henry Carpenter, the store consists of a ca. 1895 one-story frame section and a two-story brick section added in 1916. The most substantial early 20th-century store building in rural Wake County, this store closely resembles the commercial buildings constructed in small towns in the country during this period.

During his life, William H. Carpenter served as postmaster, deputy sheriff and member of the school board. Carpenter family descendants still own and operate the farm supply business.

The Carpenter Farm Supply sign was removed in 2007 according to town ordinance that deems it a non-conforming pole sign. 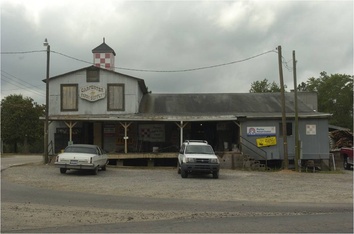 Carpenter Store in 2006 (photo by Brent Miller, courtesy of the Friends of the Page-Walker Hotel)

The second building, the Former Store across the street, is said to have been built in the late 19th century and was expanded several times. Strong local and Carpenter family tradition holds that the building, referred to by some long-time residents as the “Union Hall”, was built to serve as a farmers’ cooperative store, with an upstairs meeting room for a farmers’ organization. It is also said to have served as a Masonic lodge for the Junior Order of Masons in the late 19th and early 20th centuries.

Both buildings are designated as Wake County Landmarks. 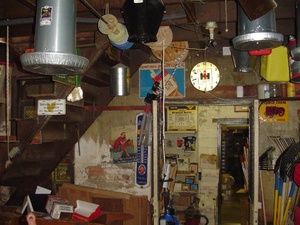 Carpenter Farm Supply interior 2006, with staircase (photo by Brent Miller, courtesy of the Friends of the Page-Walker Hotel) 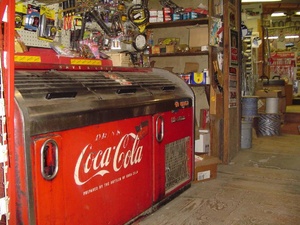 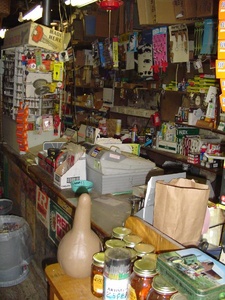