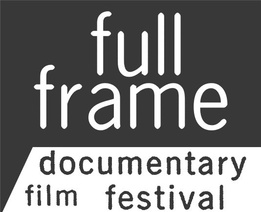 For the Full Frame Film Festival, held every April by the Duke Center for Documentary Studies​, hundreds of documentary film makers and fans and fly and drive and hitch rides to downtown Durham.  Many spend  four days viewing and discussing films from morning to midnight, while others drop in briefly to see the action on the cutting edge of documentary film.  It all takes place at the Armory, the Carolina Theater, and the Civic Center.  At the hub of it all is the outdoor plaza where crowds gather and George Bakatsias grills food nonstop.  For four days, the intense, intellectual buzz transforms downtown Durham -- it's amazing to see!

The activities this year will take place at 16 different venues spanning four days from Thursday, April 12, through Sunday, April 15. More than 95 films will be screened during the festival in a variety of categories including Conversations, Family Affairs, Invited, New Documentaries​, and a Tribute to Stanley Nelson​.