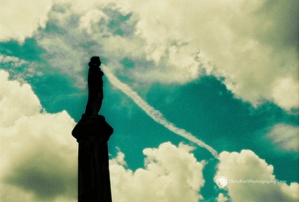 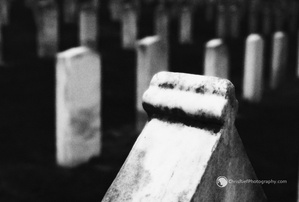 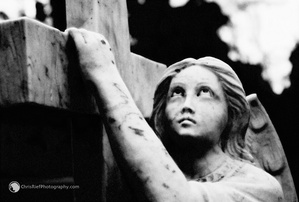 Oakwood Cemetery is a 102-acre cemetery located in downtown Raleigh, North Carolina. As of this writing, Oakwood is 65% developed, with an estimated 37 acres remaining for future use. The cemetery was established in 1869 and was made possible by a partial land gift from Henry Mordecai in 1867.

Oakwood is an evolution of the 19th Century cemetery which was historically comprised of gridded plots surrounding a church. By contrast, Oakwood is a large, lush garden with footpaths and rolling hills. The tombstones serve as sculptures within the larger garden, and it has been described as “a place for the living as well as the dead.” 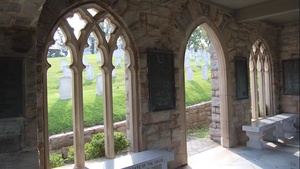 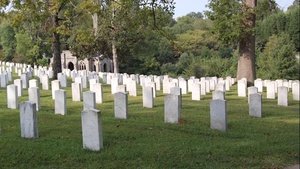 This portion of Oakwood’s land was donated by Henry Mordecai who offered “as many acres of land as they [Ladies Memorial Association of Wake County] need for such a sacred purpose.” The Confederate Cemetery is populated with soldiers who were once buried elsewhere, but were disinterred and relocated to their final resting place in Oakwood. Included in those disinterred were 137 soldiers originally buried at Gettysburg, Pennsylvania.

Many notable North Carolinians are buried at Oakwood Cemetery, including seven of the state’s governors, five U.S. Senators and four civil Civil war War generals. Two Secretaries of the Navy are buried there, including Josephus Daniels who served under President Woodrow Wilson. Daniels was also the publisher of Raleigh’s largest newspaper, The News & Observer. Two Raleigh sports icons are buried at Oakwood, Jim Valvano and Lorenzo Charles. Valvano coached the North Carolina State University Wolfpack to the 1983 NCAA Men’s National Basketball Championship, and Charles scored the game-winning points. The cemetery includes memorials to many other local politicians, religious leaders, suffragists and medical pioneers. 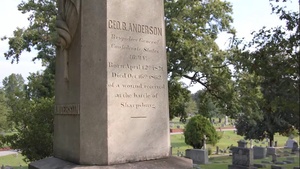 Visiting Oakwood
Visitors are welcome to stroll, walk or jog daily in the cemetary. Special tours are available on different aspects of Oakwood’s history, including the Civil War, monument art, women’s history and a flashlight tour. Sign up for tours at the Oakwood website.