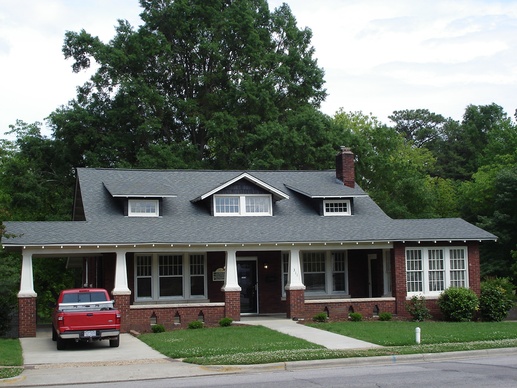 Hunter House, 2009 (photo by Brent Miller, courtesy of the Friends of the Page-Walker Hotel)

Dr. Hunter was a practicing physician and the son of the Reverend A. D. Hunter, an early Baptist minister. He practiced medicine in Cary from 1920 to 1959. Hunter was also the president of the Cary Chamber of Commerce, served on the Cary Town Board and the Wake County Board of Education and was a member of the Cary Masonic Lodge.

The well-preserved house was built around 1925. The rectangular, shed-roofed frame building in the rear served as a chicken house and is also a contributing structure in the Town Center Historic District.

This house was designated as a Wake County Landmark in 2008. 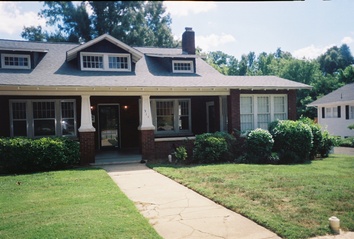 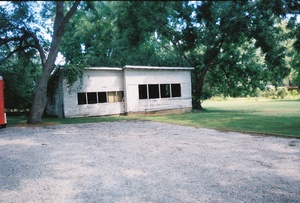 The chicken house, a rear outbuilding at the Hunter House that is also a contributing structure for the Downtown Historic District (photo courtesy Town of Cary)