The North Carolina Museum of Art (NCMA) was formed by the North Carolina State Art Society with its first temporary exhibition in 1928 in the Agriculture Building in downtown Raleigh.  Moved to a "permanent" home in the renovated State Highway Building on Morgan Street in 1956, the museum eventually moved to its final site on Blue Ridge Road in 1983. The museum property has been expanded to include the adjacent property of the former Polk Youth Prison.​ In 2010, the museum underwent a renovation and opened the West Building, a new 181,000-square-foot facility designed by Thomas Phifer of New York. ​

The adjoining Museum Park is one of the largest of its kind in the nation, encompassing 160 acres, trails and works of art. 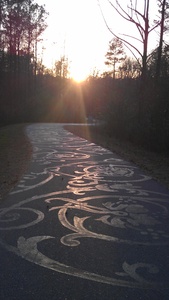