Num Num Sauce is a Durham, N.C., based barbecue sauce company specializing in a delicious, sweet grilling and dipping sauce. It's a mixture of the classic North Carolina vinegar-based barbecue sauce and traditional ketchup-based sauce. The company coined Num Num Sauce as “The Taste of a Hidden Country Secret” and “The Taste of Southern Hospitality.”

Michael Lloyd started Num Num Sauce in 2006 but its history goes back far beyond this establishment date. Lloyd’s great-grandfather originally perfected the sauce and began selling Faison & Faison BBQ Sauce in 1941 until his passing in 1963. The sauce is so good, the Heinz Company wanted to buy the recipe from Grandpa Faison, to no avail. From 1963-2006, Lloyd’s family was the only group afforded the opportunity to enjoy the sauce until Lloyd decided to bring it to the masses. 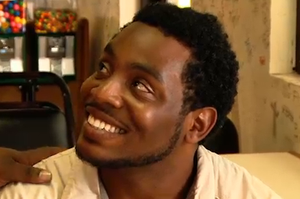 What makes Num Num Sauce different is how good it is on many types of food, its flavor and ingredients.

Watch Lloyd discuss his sauce's history and take you on a tour of Durham.

Num Num Sauce melds perfectly with anything you put on the grill, be it fish, chicken, steak, burgers, pork chops, or ribs. It’s also a delicious dipping sauce for bread and fries.