The Oak City Cycling Project is a local, member-owned bike shop, a place where new and used bicycles are sold. It’s a place where bicycles are repaired and refurbished, either by the staff or by a customer who rents one of the store’s work stands for $5 an hour. It’s a place where you can sell your bike on consignment, rent a bike, join other cyclists for a ride, or hang out with other people who share your passion. It is also a place of advocates who hope to help turn Raleigh into a more hospitable city for cyclists, pushing for more bike lanes and greater awareness of bicycles on the road.

The Oak City Cycling Project moved into its present Person Street corridor location, on a side street between William Peace University and the Oakwood and Mordecai neighborhoods, in May 2012. 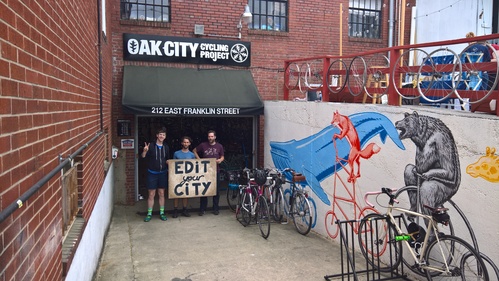 Owners, David Zell, moved to Raleigh in 2007, hoping that he could find a job working with a nonprofit. He’d gotten serious about cycling at Elon University and after completing a cross-country cycling trip to help raise awareness for people with disabilities. Metzger, 37, grew up in Raleigh’s Brookhaven neighborhood near Crabtree Valley Mall and often rode his bike downtown to find a quiet spot on Fayetteville Street Mall or the state Capitol grounds to read a book. The two met while playing in a recurring pick-up soccer game, and the conversation eventually turned to bicycles. “Ken and I had joked at a party about wanting to start a bike shop,” Zell says.

Zell and Metzger rented a small backyard shed and started refurbishing old bikes – Zell has a preference for those with solid steel frames – they found at yard sales or on eBay or Craigslist. They worked on Wednesday nights and Sunday mornings, juggling their full-time jobs and selling refurbished bikes on the side. One Sunday, they sold their entire inventory of six bikes. “We were outgrowing our space at that point,” says Zell. “It was totally word of mouth.”

So they moved into a larger space on West Street, and it was there that Harber joined the team. He had worked at other bike shops but was eager to build a life centered on downtown Raleigh. 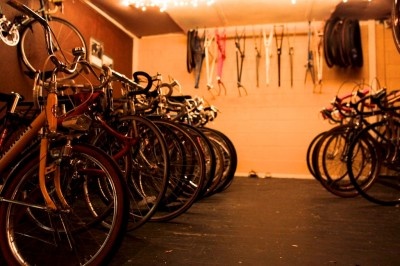 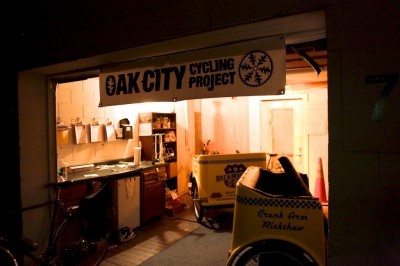 This bike shop definitely has your personal interests in mind. They are very personable and honest when you are inquiring about new or used bikes or cycling gear. Their involvement in the cycling community has a huge influence as they support other local businesses, group rides, and they stock cycling related items you wouldn't normally find in other bike shops.