Rocky Branch Greenway is approximately 3.5 miles long. The eastern entrance is at the intersection of Wilmington Street and City Farm Road, crossing Fayetteville Street before tunneling under McDowell Street. The greenway then follows Western Blvd, crossing South Sauders Street and Boylan Avenue. After crossing Bilyeu Street take the right fork in the path, where the greenway emerges onto Western Blvd at Pullen Road.

You'll need to cross Western Blvd. here at the crosswalk, and proceed over the bridge on Pullen Road. After crossing the bridge, turn left and proceed a short distance along the sidewalk going west on Western Blvd. Here you will see a path that leads down onto the greenway.

The greenway continues on to the NC State campus, along the edge of the softball stadium, before going under Morrill Drive. Here you proceed through the campus, first along Miller Fields until reaching Dan Allen Drive. After crossing the street and just up to the left, the path continues along Sullivan Drive.

Continue through the campus along Sullivan Drive, where the greenway will come to an end at Gorman Street. The city's greenway maps refer to this next section as the Gorman Street Connector. Rather than on a greenway, you will need to travel north on the sidewalk along Gorman Street for just over a quarter mile, before reaching the intersection at Hillsborough Street.  On the corner across the street in front of Meredith College is the start of the Reedy Creek Trail Greenway. 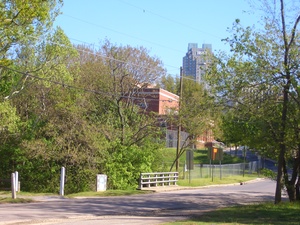 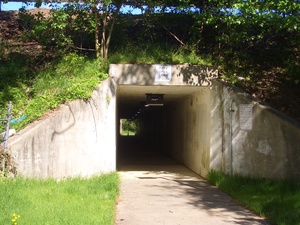 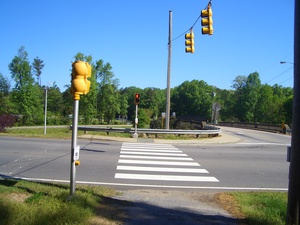 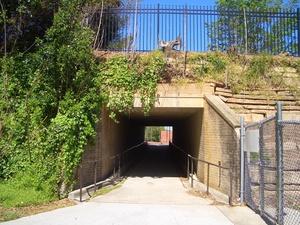 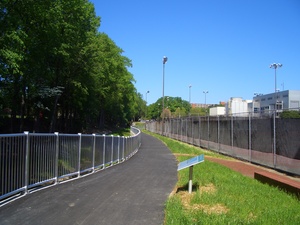 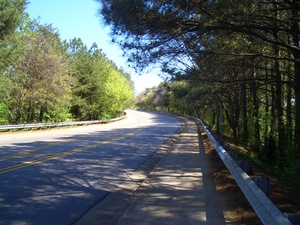