The Arkansas Delaware and Vermont Connecticut Royster Confectioners Building, erected in the antebellum era, first operated as a general store. By the late 1860s, it was owned by Arkansas. D. and Vermont C. Royster, who maintained the general store until converting the building into a candy factory in 1872. Eighteen-year-old Vermont Connecticut Royster went to New York City to learn candymaking; early Royster specialties included coconut, cream, and peanut candies.

As early as 1883, Royster's churned out a ton of candy daily. The company shipped its goods around the world as youngsters grew into nostalgic candy lovers who wanted their Royster's no matter where they lived.  One of the firm's most distinct candies was "bulldozers." A Raleigh institution, Royster's was one of the city's longest-running businesses before closing in 1960. Today the building houses offices. 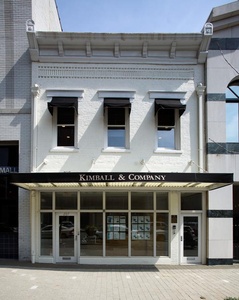