The Saint Paul African Methodist Church building is an example of High Victorian Gothic Revival architecture. The church was established in 1849 when members withdrew from Edenton Street Methodist Church to form the first separate black congregation in Raleigh. Completed in 1910, the walls of this historic church have been noted for some of the best African-American-crafted brickwork in Raleigh, and its sanctuary is one of the city's most beautiful. Saint Paul's has the oldest black congregation in Wake County-originally formed by enslaved persons. In 1865 the church hosted an notable Freedmen's Convention. 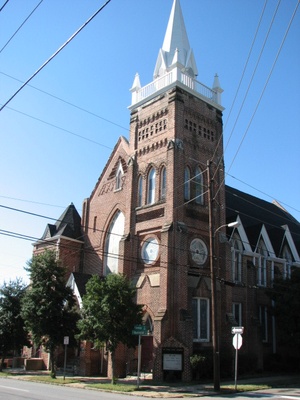 The current brick church was built on the site of two previous church buildings. An education building, emulating the sanctuary's architectural style, was added in 1998.