William Peace University (WPU) is a small Presbyterian liberal arts college in Raleigh, North Carolina . The school was named for William Peace, who contributed eight acres and $10,000 toward the establishment of a Presbyterian school for girls.

The women's college was chartered in 1857 as Peace Institute. The name was eventually changed to Peace College. The school's underwent a third name change to William Peace University in 2012, after administrators made a decision to admit men to the school a year earlier.

A view of WPU's main entrance

The school, which now has 21 acres in downtown Raleigh, has more than 30 student clubs and organizations.

It offers some sort of financial aid to almost every student and  more than 90 percent of the University's graduates get jobs or are accepted to graduate school within a year of graduation.

The school's sports teams compete in the USA South Athletic Conference Division III. Women compete in six sports including basketball, tennis, soccer volleyball and softball. Men's sports, which were added in the 2013-14 academic year, include baseball and soccer.

Additional degree programs, through the William Peace School of Professional Studies, are available for adult students age 24 and up. Options include [email protected], evening and online enrollment.

WPU is a member of Cooperating Raleigh Colleges (CRC), a six-school consortium that links the resources, interests and ideas of its Wake County member institutions. Full-time and School of Professional Studies students are eligible for CRC benefits, including no additional costs to enroll in classes at participating institutions and a direct library loan program from all member schools.

The Main Building is an impressive Greek Revival structure with Italianate accents. Used during the Civil War as a hospital, it then became a Freedman's Bureau. During Reconstruction, the building was reclaimed for use as a girls' school. 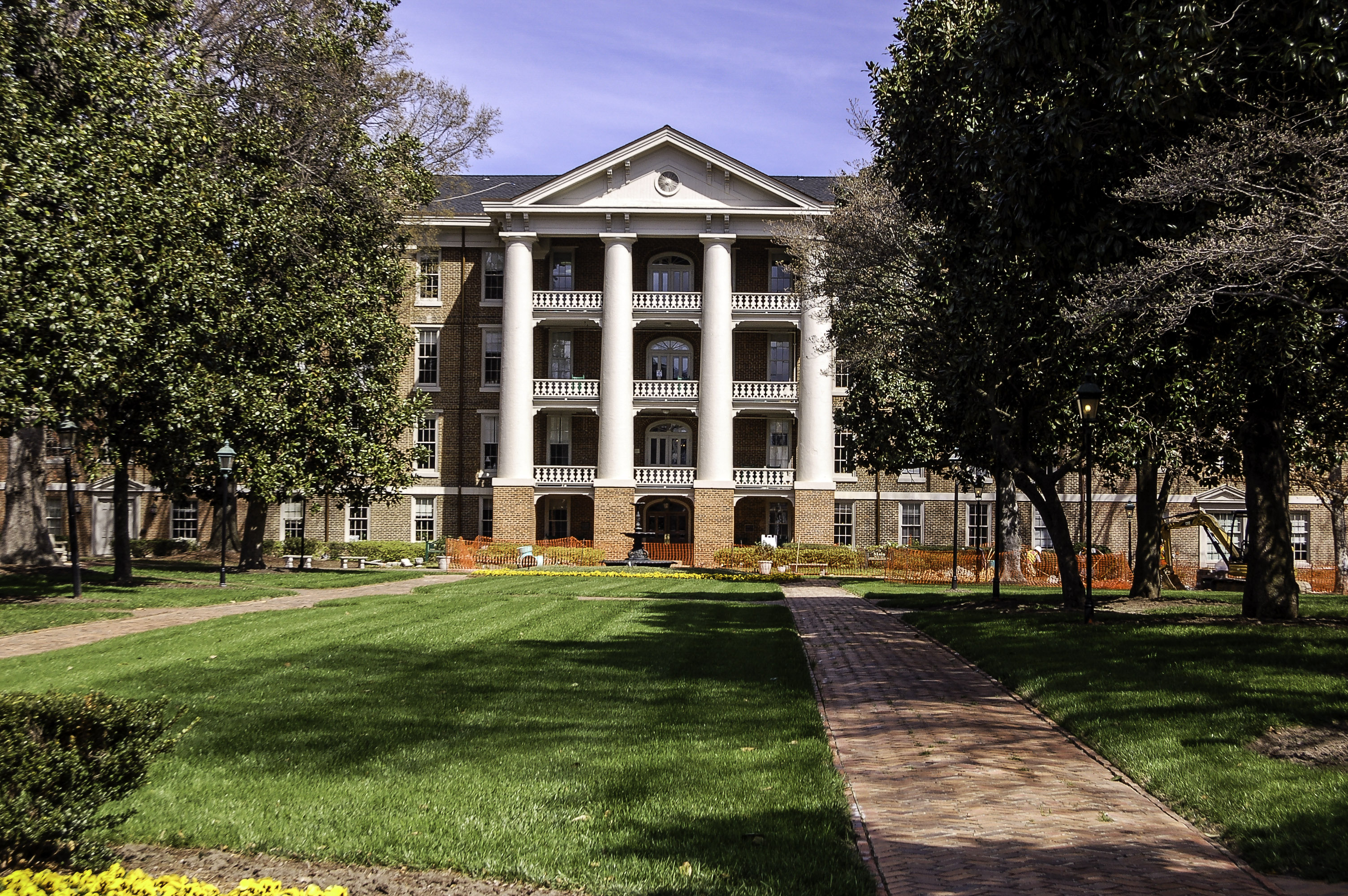 A view of WPU Main Campus

On June 23, 2011, the college announced that the school would become coed in the fall of 2012. It also decided to lower tuition and announced the college would be renamed William Peace University.

Some alumni were upset with the change because they felt it went against the wishes of William Peace, who gave money and land to be used for the education of women.

In one of Several protests, about 200 Peace College alumni and their families tossed roses into the college's fountain. Protests also included picketers outside the campus gates.

A group of alumni was so concerned about preserving the school's legacy, it formed a committee and hired a Raleigh attorney and public relations and political consultants.

Photo courtesy of News and Observer

In 2013, the school also decided to use some of its endowment to purchase neighboring shopping center Seaboard Station, which raised eyebrows among donors.

WPU's 21-acre campus is situated on the northern edge of downtown Raleigh. Surrounding neighborhoods include Mordecai Village and Glenwood South.

The streets bordering the campus are:

The campus is one block west from Raleigh's sole branch of Krispy Kreme donuts. Other off-campus dining options within one block include J. Betski's, 18 Seaboard, Yellow Dog Bread Company, and The Station at Person Street.