Asheboro, NC, aptly nicknamed “the heart of North Carolina” because of its location in the center of NC, is home to the North Carolina Zoo. With a population of 25,000, Asheboro is the largest city in Randolph County. In 2016, Asheboro was given an All-America City Award by the National Civic League.

The earliest mentioning of Asheboro is 1780 when citizens petitioned to have the county seat of Randolph County moved there. Although the move happened in 1805, the town did not begin to grow until the instillation of a railroad in April 1889. The town was bustling but took a hit during the The Great Depression. After World War II, the city once again began to grow after many manufacturing plants were opened. 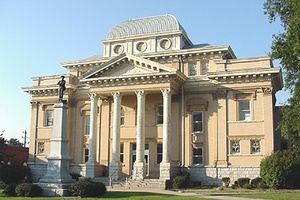 The North Carolina Zoo opened its first permanent exhibit in Asheboro in 1979. Now, the NC Zoo is the world’s largest natural habitat zoo and is a leader in animal and plant conservation through their award-winning Field Program. Every year, the 2,200-acre Zoo sees around 750,000 visitors which places it among the top three paid attractions in North Carolina.

One of the first notable residents was Jonathan Worth, a young lawyer who went on to serve six terms in the Legislature, two terms as the state secretary and two terms as governor. One of the main streets in Asheboro, Worth Street, bears his name.