A website about Red Bluff, CA that anyone can edit

Welcome to LocalWiki Red Bluff, a center for community contributed information, opinions, announcements, and everything else about Red Bluff and the surrounding region. Anyone can edit this website! 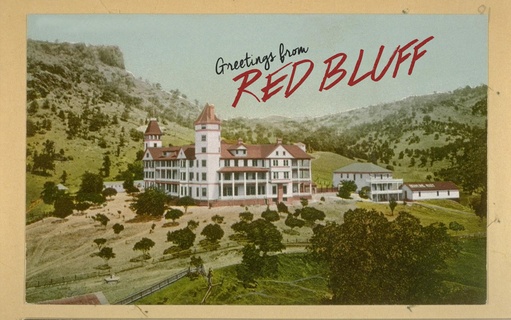 Red Bluff had its origins in a series of small hamlets (See: Leodocia, Frogtown, Reedsburgh, Cavertsville, Cavertsburg, Bulltown, Red Cliff, and Reedsville) that grew up around the head of navigation on the Sacramento River around 1850. One of the most recognizable features along the river are the red clay bluffs formed by the cutting action of a bend in the river. In the 1850s it was a supply center for the Trinity goldfields and a busy port for paddle-wheel steamers, but river traffic declined when the water level fell because of irrigation. The city remains a marketing center for the livestock and farm produce (particularly peaches) of the upper Sacramento River valley. Lumbering and wood industries are also important. Originally referred to as the Bluffs or Red Bluffs, the name was eventually standardized to Red Bluff. To quote from a 1909 promotional piece,

“Red Bluff, the county seat of Tehama County, is situated upon a bluff on the west bank of the Sacramento River, at the head of navigation, about 125 miles north of Sacramento. As a division point of the Southern Pacific Railway, enjoying the advantages of cheap water transportation rates, it has exceptional facilities for the handling of freight, and is an important shipping point. The streets of the city are wide and well graded. There is an excellent school system of three large buildings and twenty teachers. . . There are good churches, a commodious opera house and a new public library, a gift of Mrs. Herbert Kraft, . . . Population numbers about 4000 and is increasing rapidly. Several industries give employment to many people, among them an ice factory, flour mill, foundry, planning mill, (Diamond National) and fruit-packing establishments, . . . There are two banks, three daily papers, good hotels, livery stables and many merchant establishments. The source of life of the town is the county as a whole.”

At one time Red Bluff, due to its location at the head of navigation, was regarded as the “Queen City” of northern California; however, the railroad came around 1872, stayed for a while and moved on to Redding, depriving Red Bluff of much of its revenue and glory.

The Red Bluff Roundup is a popular rodeo held annually in April. The area was the home of William B. Ide, who served as president of the short-lived Bear Flag republic (1846); his nearby adobe is now maintained as a state historic park. East of the city are Lassen Volcanic National Park and Ishi Wilderness Area, a more than 40,000-acre (16,000-hectare) region characterized by rugged canyons, caves, wildlife, and rapids. Inc. 1876. Pop. (2000) 13,147; (2010) 14,076. Over the years Red Bluff, in its role as county seat and its position astride Interstate-5, has prospered and slowly grown to the 13,000+ inhabitants that it has today 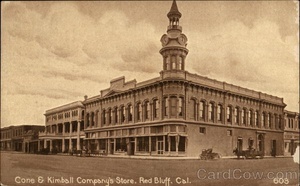 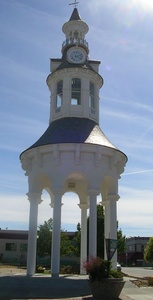 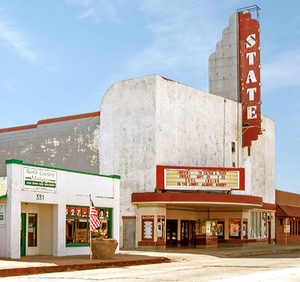 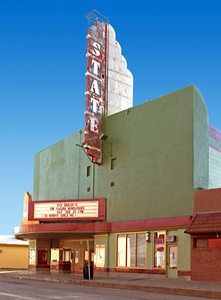