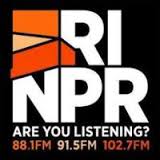 Rhode Island Public Radio is the NPR member radio network for the state of Rhode Island. Its studios are located in the historic Union Station in downtown Providence. The network airs a format of news and talk from NPR, such asMorning Edition, On Point, and All Things Considered, as well as extensive local news coverage:

RIPR can be heard on different frequencies in different regions of the state, as well as via online webcast:

RIPR also owns 1290AM WRNI in Providence and leases it 24/7 to Latino Public Radio.

WRNI was originally owned and operated by Boston University's WBUR, in conjunction with Friends of Ocean State Public Radio, beginning in 1999.  In September 2004 there was much controversy over an unexpected attempt by WBUR to sell the license on the open market.  It eventually led to an investigation by the RI Attorney General, and the sale was first delayed, then cancelled in June 2005.  The general manager of WBUR, Jane Christo, resigned in late 2004 in part because of the negative publicity from the attempted sale.   Ultimately the 1290AM license in Providence, 1230AM license in Westerly (WXNI) and related studio property were sold to "Rhode Island Public Radio" (formerly FOSPR) in March 2007.   A few months later, RIPR also purchased 102.7FM in Narragansett Pier/South County and sold WXNI.

In October of 2011, RIPR entered a long-term lease with The Wheeler School for WELH 88.1FM's new 4000 watt signal in Providence, and leased 1290AM to Latino Public Radio (who was leasing 12hrs/day on WELH's older, smaller FM signal), both for 24/7 operation.  Earlier that summer, RIPR had also entered into an agreement to fill most of the broadcast day on WCVY 91.5FM from Coventry High School.