In the United States, the American Red Cross provides disaster assistance every day, all day, all year. They understand that there is not always an indication that a disaster will occur and they are ready at all times. In Sacramento, people are more frequently susceptible to floods, winter storms, and wildfires. In the event that any of these occur, the local American Red Cross establishment will be ready to provide food, water, temporary shelter, hygiene items, and emotional support. For additional help, the organization reaches out to other non-profit organizations to assist with longer-term needs.

The Red Cross was established as an idea in 1859. A young Henry Dunant was angered by the lack of assistance to about 40,000 men got on a battlefield. After the fight, many were most likely able to survive if given the help they needed. In 1863 the official movement was created in Switzerland to provide care for the wounded and sick throughout war times. Today, there are 175 countries that participate in the Red Cross Movement. It was eventually established in the United States in 1881 in Washington, D.C. by Clara Barton. She led the first organized relief efforts after the Great Fire occurred in 1881. As the first president of the American National Red Cross, Barton played a significant role in the founding of this organizations in the United States. 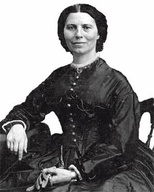 A photo by courtesy of Barton's webpage "The Red Cross in its nature, its aims and purposes, and consequently, its methods, is unlike any other organization in the country. It is an organization of physical action, of instantaneous action, at the spur of the moment; it cannot await the ordinary deliberation of organized bodies if it would be of use to suffering humanity; . . .it has by its nature a field of its own."

A photo courtesy of Chicago's Red Cross Association House fires, Floods, Earthquakes, Tsunami, Hurricanes and other natural disasters can be devastating. In all events, the American Red Cross will respond as fast as possible. The response time relies on how close the damage is to a nearby chapter of the American Red Cross. Another factor depends on how big the disaster is and if the chapters near it will need back up assistance from other areas of the country. They will bring whatever tools they believe are necessary for the specific disaster that has occurred. Once they have arrived the response team will immediately assist victims until they believe it is okay to leave. Even then they will be able to continue to provide the necessary temporary shelter, food, and emotional support unless the victims need to be transferred for long-term support. The donations given my members of the society then come into play. These are the resources used for the victims. The Red Cross teams rush to aid after: - Earthquakes - Tsunamis - Hurricanes - Tornadoes - House Fires - Floods and more.

A photo courtesy of Chicago's Red Cross Association As a nonprofit organization they depend on the donations of the average citizens in the area to help provide the every day items that can be donated. The main items needed from such people include food and clothing. Money is also something that would be much appreciated. The money would give the organization the chance to fund the other necessities such as shelter, prescription refills, counseling and referrals to other long-term organizations if the victims are in need of such things which is highly likely. Donations are able to be made by mail and in person. The American Red Cross has also recently joined with the Delta Blood Bank and now accepts donations of blood. This enables the organization the opportunity to help those in need with additional blood almost immediately. Items frequently needed by donation: - Blankets, - Canned Food - Pillows - Toothbrushes and other hygiene items - Mops, brooms and shovels 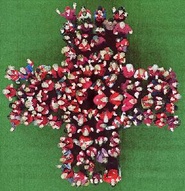 A photo courtesy of the Red Cross webpage Volunteers are a major part of this organization. The American Red Cross is a non-governmental organization that relies on volunteers to provide assistance in preparation for natural disasters. To volunteer at such an established organization requires diligence but in the end is extremely rewarding in knowing the contribution that is being given to the community's well-being.

One must be at least 14 to volunteer, and those between the ages of 14 and 18 must have a signed consent form handed in from their guardian. To first apply, one needs to send in their request through the mail, email, or in person. They will then sign up for a Volunteer Orientation Session to become familiar with the positions that are available in their area or for the organization as a whole. After that, the organization will perform a small background check and once that is passed they will be called in for a short interview to determine the best fit for them in the organization. This ensures the quality of each volunteer is up to par with the standards the organization has set for itself. The organization understands the demands of constant volunteer work and have positions available to fit most schedules. Hours and schedules vary directly with the work that one intends on doing for the organization and what the positions can afford. Some consistent volunteers work monthly or weekly shifts, but again, it directly relates to the schedule that the individual can afford to participate with.

This report was written for Cynthia Linville’s English 1A class at CSU Sacramento Fall 2011.