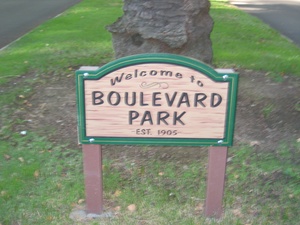 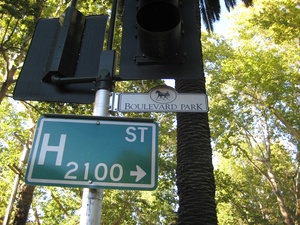 Boulevard Park is a residential neighborhood located in the Midtown area of Sacramento. 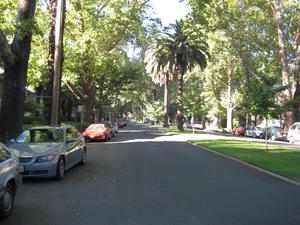 An example of the median street dividers in Boulevard Park Boulevard Park was a name chosen by developers, while transitioning the area from the Union Race Track to a well-to-do neighborhood. The racetrack was originally encompassed by a brick wall and once held the California State Fair horse races for 40 years, ending in 1904. When the racetrack moved to the State Fairgrounds on Stockton Boulevard, the area was transitioned into a residential area, lined with Craftsman and Colonial Revival homes. The name Boulevard Park references the distinctive grassy strip on 21st and 22nd streets—the only area in Midtown with such medians.

The original Boulevard Park subdivision was opened for lot sales in 1905.  This area is now listed on the National Register of Historic Places, due to the high integrity of historic properties and landscape features present.  The listing research was conducted by William Burg as a component of his Masters degree work in history at Sacramento State University.  A larger City of Sacramento historic district includes most of the original subdivision plus a number of older historic residential properties along H Street.

During those years when the state fair was in Midtown, the Union Race Track enjoyed a rich history. Two well-known names, Lincoln Steffens and Eadward Muybridge had experiences here that significantly affected their careers and the history of the United States.

Goods and Services, Food and Drink 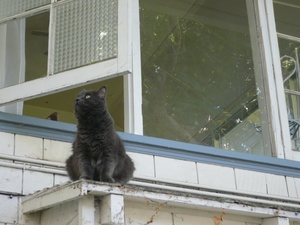 Cat outside a 2nd floor window along D Street Boulevard Park is one of the most exclusively residential neighborhoods in Midtown Sacramento. However, their are a few retail, commercial, and restaurant sites in the neighborhood most of which are concentrated on the I Street corridor or in the area West of 18th Street.