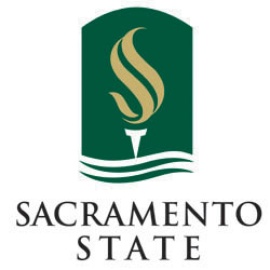 The Sacramento State logo (copyright them) 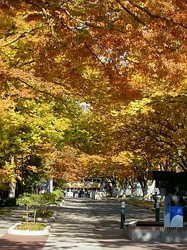 The university is devoted almost exclusively to undergraduate education. While the professors do conduct research, it takes a back seat to their teaching. As such, while you can expect to get tons of attention as an undergraduate, their graduate programs are more limited, not offering doctorates with the exception of an Ed.D.

A great deal of undergraduates plan on becoming teachers and their teacher education program is the most popular on campus. This might be expected as the CSU system grew out of the normal schools (teacher colleges) run by the state. The school is also renowned for their unusually large cooperative education program, which allows students to get jobs that also provide academic credit.

Sac State has a rivalry with UC Davis in all sports. The pinnacle of this rivalry is the annual Causeway Classic football game.

The State Hornet is the university's newspaper. 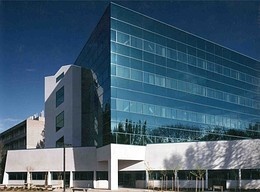 College Things to Do