This is a list of upcoming, one-time events in or near Sacramento, and you can edit this page to add other events you know about. There are also quite a few regular (repeating) events in Sacramento. And some ongoing events last more than just one day. If you're a history buff, check out some of Sacramento's historical events.

There are also various other types of events on special pages:

Open to everyone—Sailors and non-sailors, young & old!  Bring warm, non-cotton clothing and a life jacket if you have one (if not, one will be provided). Free sailboat rides depending on weather conditions on a first-come, first-serve basis with minimum age/size requirement.  Windsurfing and other fleet demo's.  Great Fun for all ages! 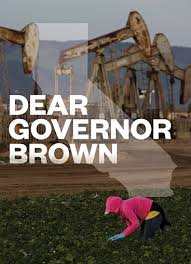 Environmental Voices is Hosting a Free Film Showing of

On March 3rd activists from all over the state are joining together to watch a game-changing film, Dear Governor Brown, which exposes the public-health threats of oil extraction in our golden state. Californians from all walks of life and political backgrounds are joining together to call on Governor Brown to stop fracking and extreme extraction in California before it’s too late.

Despite almost a million petition signatures, protests, and countless community actions, he has yet to budge on this issue. With 300 new wells being approved every month, we can’t afford to wait any longer, which is exactly the point that the film Dear Governor Brown drives home.

After the screening, there will a live video conference with Producer Mark Ruffalo and discussion about how you can take action against extreme oil extraction in your community.

Will you join your fellow Californians to learn more about what you can do to protect our state?

Link to the event posting:

Or, to find another film screening near you:
http://act.couragecampaign.org/event/DearGovBrownScreeningAttend 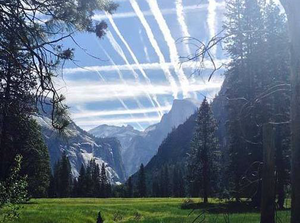 SACRAMENTO, CA - A coalition of California environmental groups and geoengineering awareness organizations from across the state has formed as “California For Natural Skies” (CFNS) and is coordinating an anti-geoengineering rally of the same name to be held on the north steps of the California State Capitol in Sacramento on January 13, 2016 from 10 am - 3 pm.


CFNS is coordinating to bring awareness to the public and to our congressional representatives that geoengineering programs have been implemented and should be halted immediately. The unpublicized experimentation on our climate by the military, the geoengineering scientists, and their financial backers has had demonstrably disastrous effects on the planet, including record breaking drought, extreme weather conditions never seen before in history, and large-scale die-off of native trees and other flora. Human health impacts have also been significant. Rainwater and standing water tests conducted by internationally certified labs have demonstrated the presence of abnormal levels of toxins, including aluminum and barium, both of which are included in geoengineering patents and are specified in scientific papers as ideal metal oxides for use in Solar Radiation Management, a form of geoengineering being widely discussed by scientists to mitigate the effects of climate change.


The rally on January 13, 2016 will include speakers Michael J. Murphy, the award winning Director/Producer of “What in the World Are They Spraying?”; Marvin Herndon, PhD in Nuclear Chemistry; and Patrick Roddie, a San Francisco based activist who has testified at the Federal EPA and recently presented his research internationally to the Paris Climate Conference as well as the Istanbul Security Conference in Turkey. Many other notable speakers, musicians and representatives from geoengineering awareness groups across the state will be present. Activists and concerned citizens will be meeting with their congressional representatives to demand action toward legislation that would ban geoengineering. Currently, there are no laws governing climate engineering experimentation in our atmosphere. 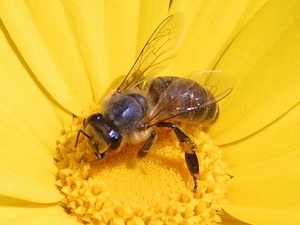 This will "bee" a celebration of the bees and a political rally to protest the poisoning of bees by certain pesticides.  Neonicitinoids have been linked to colony collapse disorder in research from institutions such as Harvard University.  Join the worldwide swarm to save the bees!  Please bring plenty of water and spend the day celebrating the bees.

If you wish to perform, sponsor, or donate, please contact [email protected]
We can also "bee" found on Facebook- "Sacramento Swarm"

Make a BUZZ to Save the Bees!