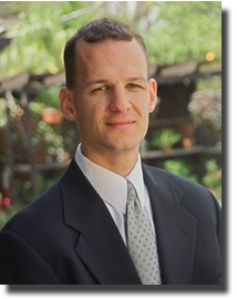 Kevin McCarty serves on the Sacramento City Council where he works to improve the quality of life for Sacramentans.

Elected to the Sacramento City Council in 2004 and re-elected in 2008, Kevin is an outspoken and effective advocate for our neighborhoods.

He fought the NRA to author tough and groundbreaking ordinances to curb gun violence. These efforts led to seizures of hundreds of illegal guns resulting in a new state law signed by the Governor in 2009.Kevin also spearheaded efforts to hold slumlords accountable, ensuring the clean up of more than 5,000 neglected rental properties.

Youth programs are a passion for Kevin — they helped shape his life. He is focused on expanding after-school programs, youth programs and college opportunities. Kevin founded Operation College – a model school counseling program that helps students make college a reality, increasing college rates by 45-percent at one local high school.

He launched a comprehensive anti-truancy pilot program targeting the parents of chronically truant middle school children.The program, with a 75-percent success rate of getting kids back into their classrooms, is now a blueprint for other schools.

Working to improve the environment, Kevin has fought to clean up the air we breathe, winning a statewide Clean Air Leadership Award, and has initiated new programs to incentivize home owners to "go green" with solar power and home energy efficiencies.

A champion for working families, Kevin led efforts to ensure that our city janitors and security workers, and those working in City-subsidized hotels receive living wages and health care benefits.

Prior to his service on the Council, Kevin was appointed by Mayor Heather Fargo as a Sacramento Housing and Redevelopment Commissioner, where he worked successfully to revitalize neighborhoods and commercial business corridors.

For his commitment to public service, Kevin was awarded the John F. Kennedy, Jr. Award for Outstanding Public Service by the California Democratic Party in 2006.

Kevin works as a Legislative Advocate for Preschool California, a statewide non-profit organization working to expand access to quality preschool programs for all California children.

Kevin grew up in Sacramento and attended local public schools.He attended AmericanRiver College, studied political science at CSU Long Beach, and later public policy and administration at CSU Sacramento. He lives in the Elmhurst neighborhood with his wife Leticia and his twin daughters, Victoria and Barbara.