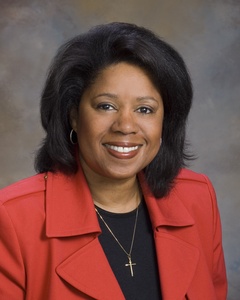 Councilmember Lauren Hammond Lauren Hammond was a local representative of the city council, representing City Council District 5. Lauren R. Hammond was elected to the Sacramento City Council on March 4, 1997, making her the first African American woman in Sacramento history to be elected to the Council. Ms. Hammond is a long time community leader and neighborhood activist and has lived in Sacramento for most of her life.

After working 22 years for the State Senate as a Telecommunications Contract Administrator, and the Senate’s Coordinator for the Americans with Disabilities Act, Ms. Hammond chose to concentrate full time on her Council duties.

Ms. Hammond is a lifetime member of the California Women Lead (formerly California Elected Women’s Association for Education and Research also known as CEWAER) . Additionally, she is a member of the Southern Poverty Law Center. She has been inducted into the National Coalition of Black Women (NCBW) and Ms. Hammond was named one of Sacramento’s Most Powerful Women by Sacramento Magazine. In 2007, she received the CSUS Alumni Association Distinguished Service Award and she is also a Class IX Member of the American Leadership Forum (ALF).