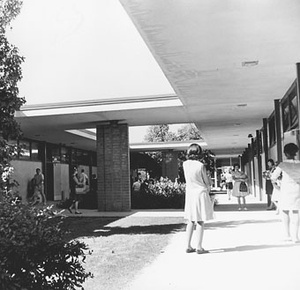 The educational facilities provided by the district include four accredited colleges, and several off-campus "educational centers" located to serve specific geographic communities.  Though each campus has similar goals and basic education programs, each one has special programs and resources that may not be available to the others, or degrees and certificates more suited to your individual education goals.

Each campus offers distance learning options for certain courses.  Each course generally requires at least one in-class meeting for orientation, as well as a final exam, at the college's main campus.

Governance and public oversight is provided by a Board of Trustees whose seven members are elected to four-year terms by the public from different geographical Trustee Areas.

The results of a March 17, 1964, election led to the 1965 formation of the Los Rios Junior College District to govern Sacramento City College (1916) which separated from the Sacramento City Unified School District, and American River College (1942) which separated from the Grant Joint Union High School District. When the district was formed there were 10,632 students attending the two colleges.

One of the first actions of the new Los Rios district was to form a planning committee which, in 1967, acquired new land for future colleges: north of Sacramento in Natomas, south near Elk Grove, and east near Folsom. That committee proved to be accurate in their predictions of growth, which has been invaluable to the district over time. Property values in these areas have soared and acquiring the amount of land necessary for a complete college campus today might be prohibitively expensive.

In 1970 the district opened Cosumnes River College on the site to the south.

By 1980 combined enrollment in the district's three colleges was about 44,500 students.

By 1995 combined enrollment in the district's three colleges was about 53,000 students.

In 2004 the district opened California's 109th community college, Folsom Lake College, on the site to the east of Sacramento in Folsom.

By 2005 combined enrollment in the district's four colleges was about 71,000 students.