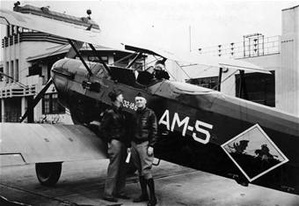 Mather Air Force Base (Mather AFB) is a closed United States Air Force Base located 12 miles (19 km) east of Sacramento at Rancho Cordova, California on the south side of U.S. Route 50.

Mather AFB was closed on October 1, 1993 as a result of the Base Realignment and Closure Act (BRAC) and reopened in 1995 as Sacramento Mather Airport.

The United States Army Aviation Section, U.S. Signal Corps, activated Mills Field on February 21, 1918 as a pilot training base that was surrounded by ranch land and vineyards. Mills Field was renamed Mather Field for Second Lieutenant Carl Spencer Mather, an Army Signal Corps pilot, who was killed in an air collision at Ellington Field, Texas in January 1918. He earned his pilot's license at the age of 16 and was commissioned as a Second Lieutenant in the Army Signal Corps on January 20, 1918. Five days later, he was killed during one of the first training classes for World War I pilots. The remainder of his class was restationed at Mills Field and requested that the facility be renamed in Mather's honor. On May 2, 1918, the name was changed to Mather Field, the precursor to Mather Air Force Base and today's Sacramento Mather Airport.