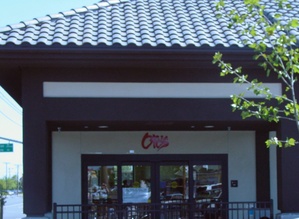 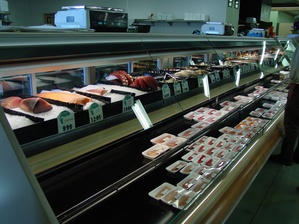 Oto's Marketplace is a family-owned specialty Japanese food market, highly recommended within the local Japanese community and offering a large selection of Japanese and Asian "dry goods" as well as a little bit of fresh meat — both red meat and fish. It is one of the few Japanese specialty grocers in the region, most other Asian grocery stores serving more of a pan-Asian clientele with more Chinese brands. (Note: Because Oto's brands are tied to the yen, prices will typically be higher than brands found at some other Asian markets.) Other items carried by Oto's include Japanese video rentals, Japanese variety goods such as rice cookers & knives, fresh tofu and the most extensive Japanese pickle selection seen in Sacramento. During the week, Oto's offers fresh bento lunches and sushi.

What did you think of Oto's?

2007-08-30 18:16:58   This place is fun, their new location is very classy. I'm not sure where else to get good sashimi quality fish, but Oto's stock is definitely top notch. After making a run here, you can definitely put together a nice bowl of Chirashi sushi or sukiyaki. Their deli counter also has a nice selection of tasty Japanese bentos as well as American food stuffs. —TheodoreSuryapurnama

2007-11-12 12:38:52   I love this place! Specially now that its re located - its so much bigger than before! I adore their dish ware collection - I've never seen some of the patterns they carry at other Japanese markets! Also they carry ice creams that I can't find anywhere else like plum and azuki! Their bento boxes are great too! :) —Ambercrystal

2009-04-06 19:03:13   Wow. What a great place! I felt I was walking into an actual grocery supermarket vs some hole in the wall asian mart. Besides the asthetic aspect, their selection was awesome (they even had the large tubs of green tea!!) I almost found everything that i wanted/remembered. The only thing I didn't find was the japanese Takoyaki grill. But I will definitely be back. I bought unagi and seaweed and was thinking about the sashimi but relented because I had so many other goodies (japanese candies and salted snacks). It's actually not that expensive, at least for some items that i made a direct comparison. Just be careful of how much you buy because it adds up. So control yourself! —KimN.